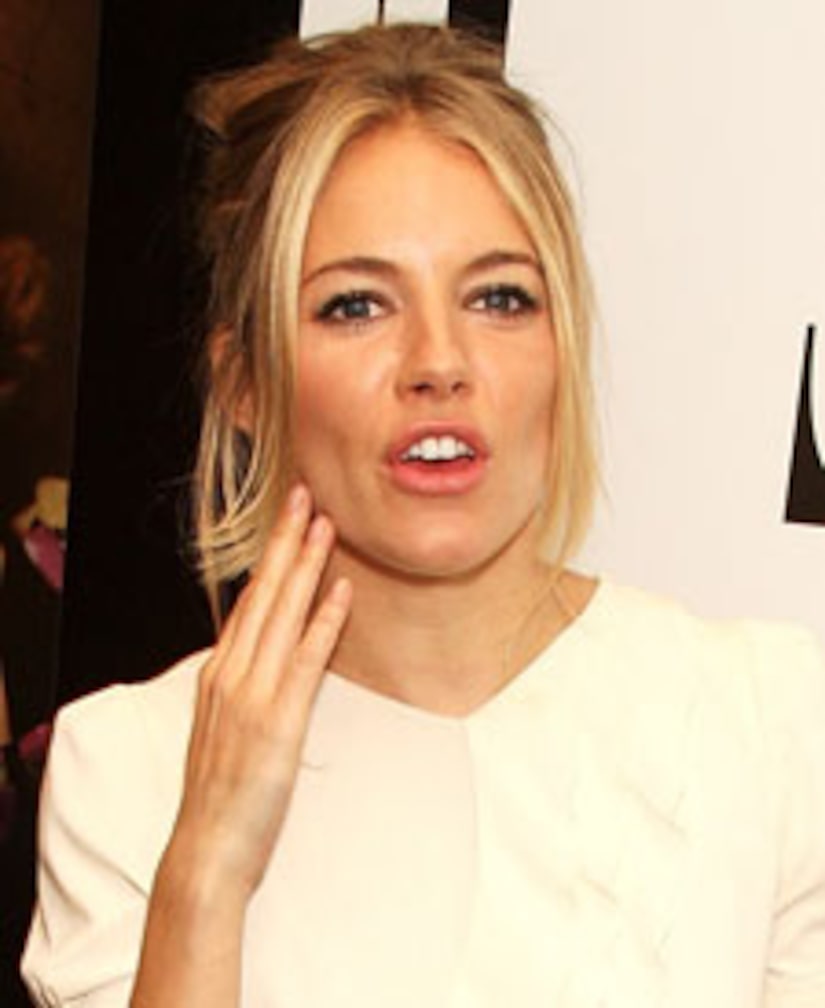 Actress Sienna Miller has endured a thrashing in the media since topless pix of her romp with the married Balthazar Getty hit the net -- but her mom Jo is blasting the "feeding frenzy" surrounding the lusty English starlet.

"You can't understand how a woman seeing a man who has been separated from his wife for months can cause such a scandal," Jo tells the U.K.'s Daily Express. "It's awful, I can't tell you. You wonder when it's all going to stop." Some reports have denied the Gettys were separated.

The "Factory Girl" has been defended by some media outlets which say she's been "unfairly implicated" in the breakups of various Hollywood men. Says Jo, "Thank goodness some people are seeing the hypocrisy of it all. I know it makes Sienna pleased to read these things."