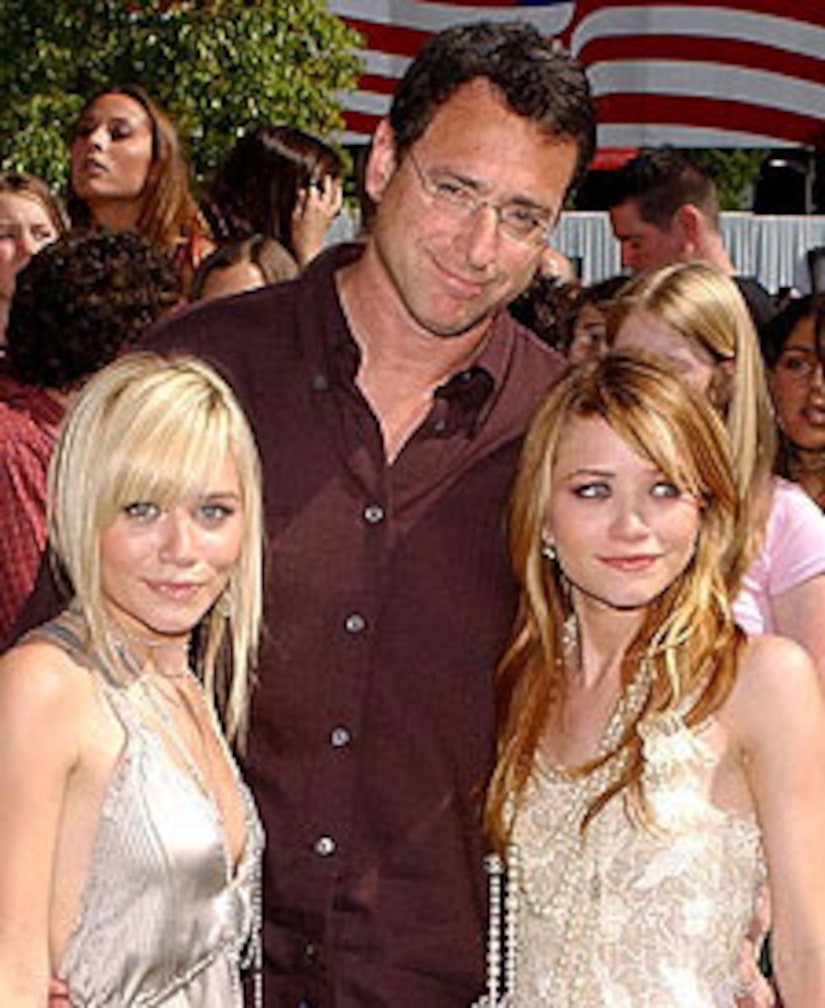 "Full House" ended its TV run in 1995 -- but actor Bob Saget still loves his onscreen daughters, Mary-Kate and Ashley Olsen! The comedian defended the tiny twins after they were toasted by comics roasting Saget for a Comedy Central special.

During Bob's roast, several comedians made crude and sexual jokes about the 22-year-old sisters, who played "Michelle" on the hit show, turning their fame into a multi-million-dollar empire. The "How I Met Your Mother" star was upset by the hits on the mini moguls, telling the NY Post, "Anybody who talks about my TV kids -- that upsets me the most. I am very protective. I love them very, very much."

Catch the controversial roast when it airs August 17 on Comedy Central.