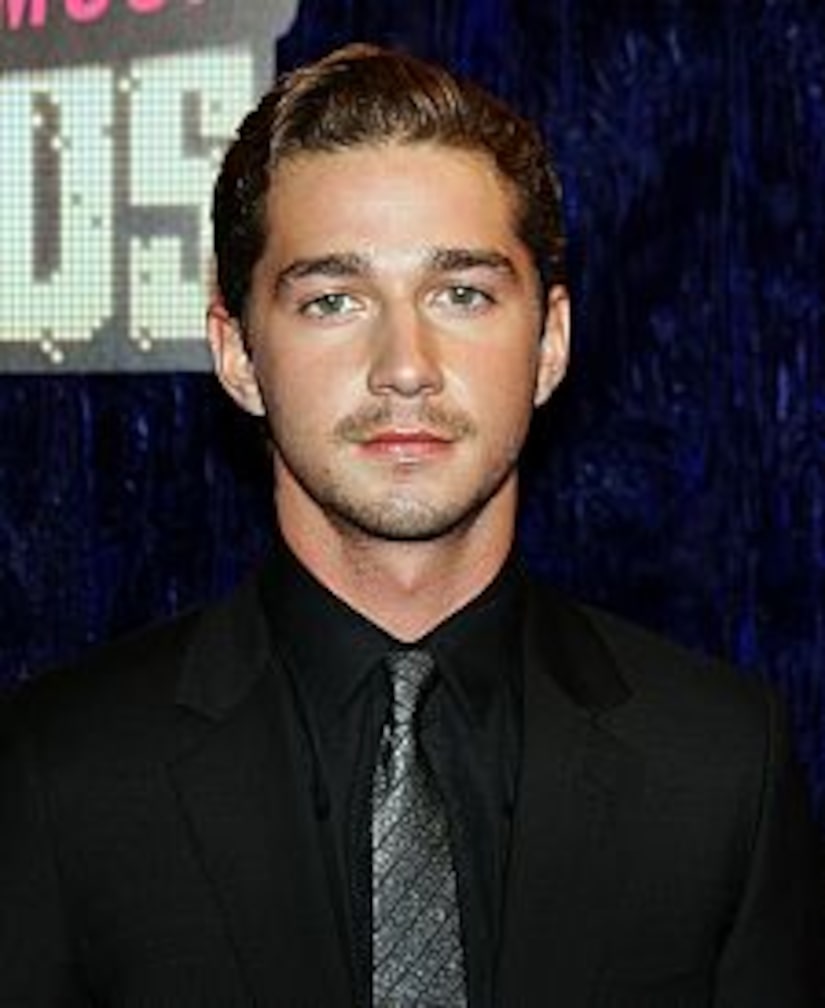 An L.A. County Sheriff's spokesperson has said that Shia LaBeouf may not have been at fault in his spectacular truck-flipping Hollywood crash this past weekend, saying, "We have strong evidence that the other driver ran a red light," reports People magazine.

The "Indiana Jones" star was arrested on suspicion of DUI after the accident, as he "was showing obvious signs of intoxication from the smell of alcohol coming from his breath," a police official told the magazine.

The 22-year-old has yet to be formally charged. Shia underwent hand surgery at Cedars-Sinai Hospital, while his passenger and "Transformers 2" co-star Isabel Lucas and the other driver were treated for minor injuries.