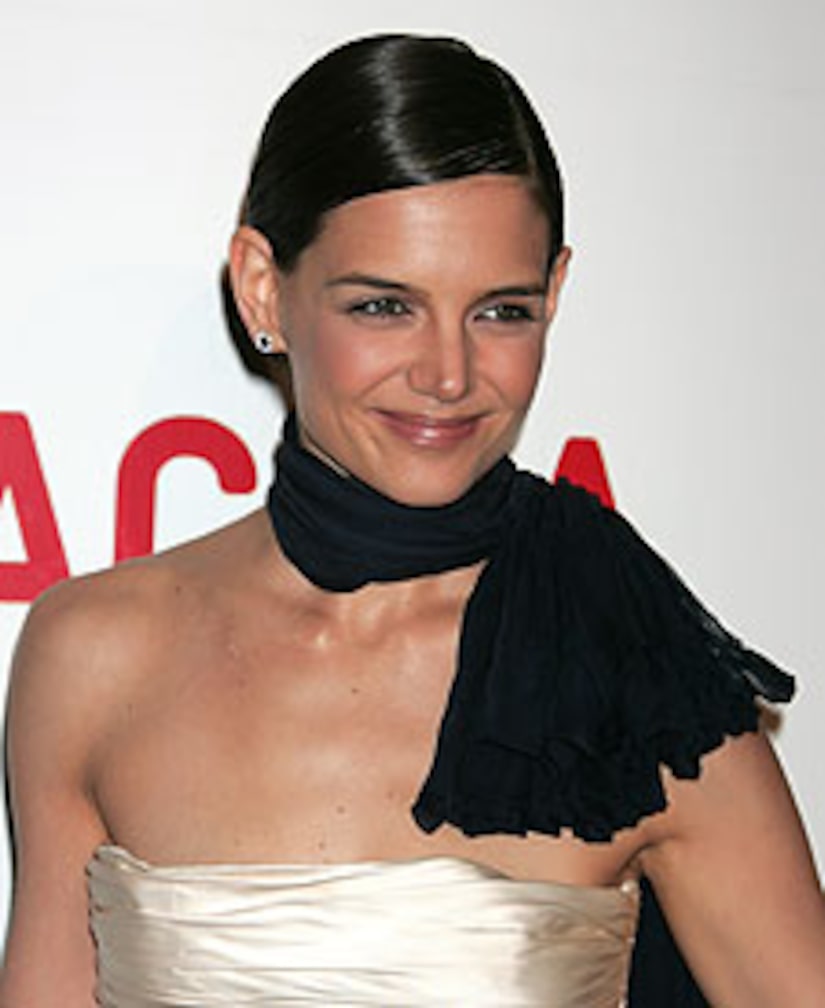 Katie is returning to the small screen -- this time on the quirky ABC fave, "Eli Stone," reports EW. Mrs. Tom Cruise is set to film her one-episode gig later this month.

With this casting stunt (and sure ratings-booster), Suri's mom is reuniting with her former "Dawson's Creek" boss, Greg Berlanti -- exec producer of "Stone." She'll then head to Broadway for her role in "All My Sons."

When Britney Spears guest-starred on "How I Met Your Mother," the CBS show saw its highest ratings ever.