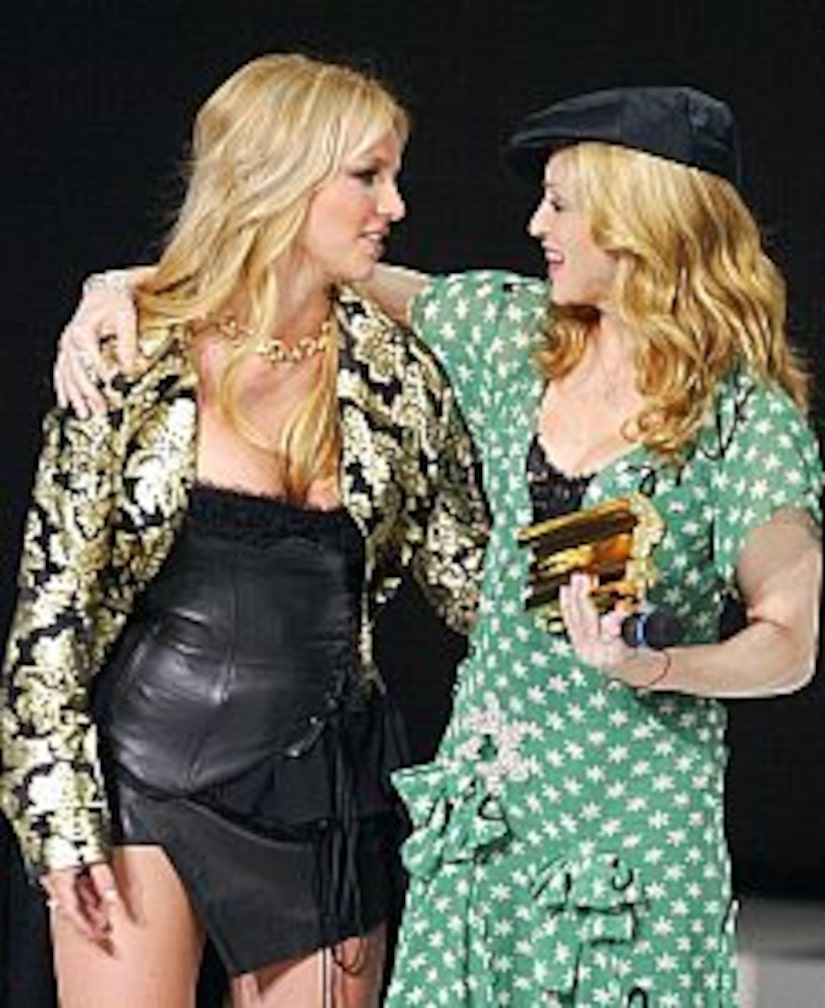 The pop princess is busy working on her next album -- and who better to give her a hand than the Queen of Pop herself, Madonna?! Britney Spears will videotape a segment for Madge's upcoming Sticky & Sweet tour, reports People magazine.

"Britney is going to film something for Madonna's show in the next week or so," says Liz Rosenberg, a rep for the Material Girl. The pair also teamed up for the 2003 MTV Video Music Awards, where they memorably performed "Like a Virgin" -- and shared a steamy onstage kiss.

Spears has been in the studio recording a new album, while Madonna -- plagued with divorce rumors and an alleged affair with Yankee star A-Rod -- has been in New York prepping the tour. The US leg of the Sticky & Sweet tour kicks off October 4.