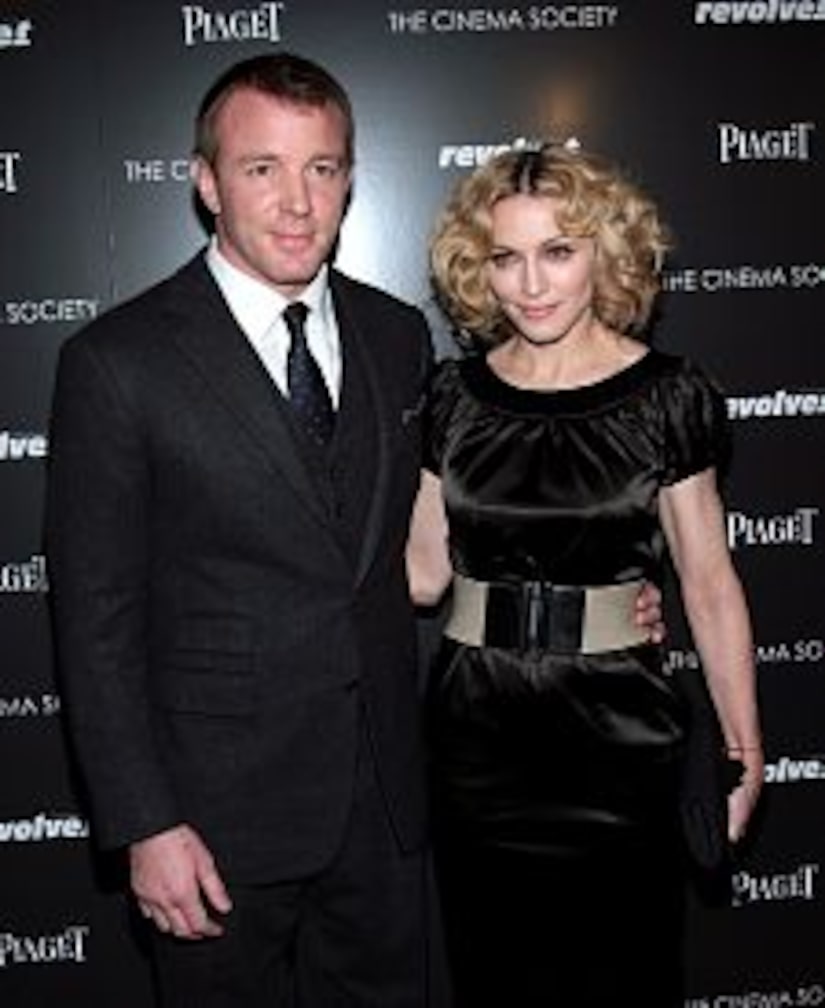 Madonna and husband Guy Ritchie were on different continents this past weekend -- Madonna in New York and Guy in London. Madonna is in Manhattan rehearsing her "Sticky and Sweet" tour, Ritchie remains in London where he met up with Sting's wife, Trudie Styler, reports People magazine.

The pop singer has also been spotted without a wedding ring, but spokesperson Liz Rosenberg says, "Madonna has rarely worn a wedding band over these last six years, so there's no secret message about that."

Madonna and Guy Ritchie married in 2000 at Skibo Castle in Scotland.