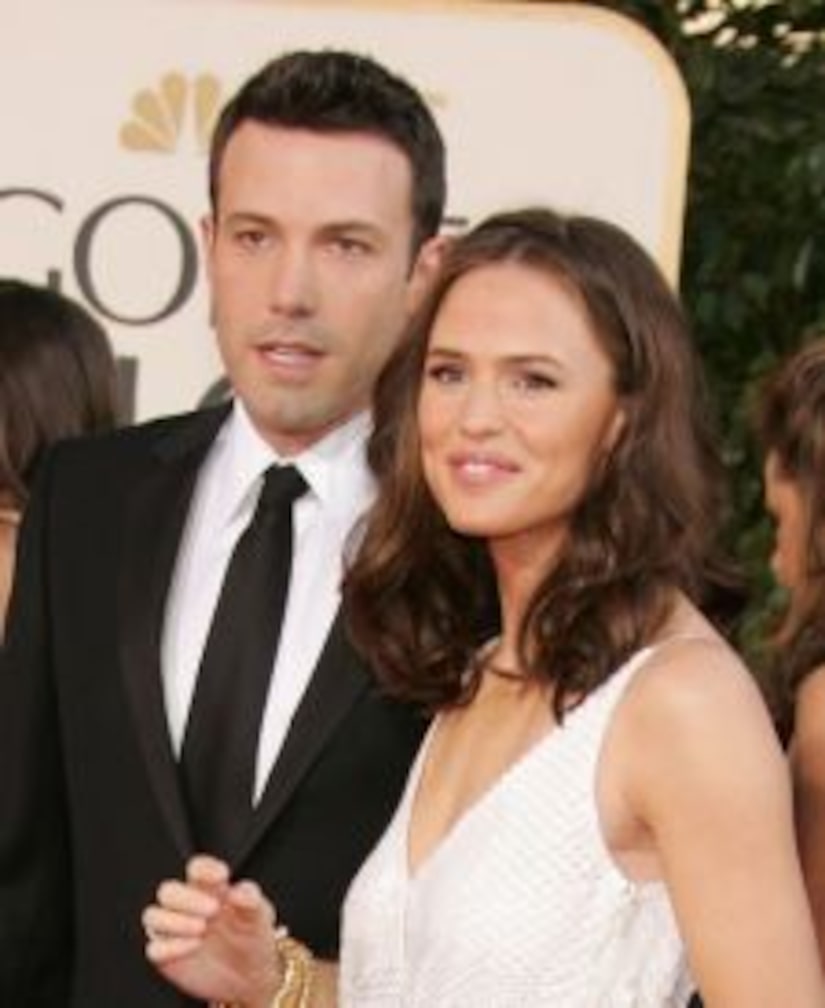 Despite recent rumors of a rocky relationship, actress Jennifer Garner and hubby Ben Affleck were all smiles at a double-date with Affleck's longtime pal, Matt Damon, and his wife Luciana, reports People magazine.

"Jen and Ben were in a great mood, and they left Nobu hand in hand," says a source at the Malibu hotspot. "Ben and Matt were entertaining the girls with stories, and they were all laughing a lot."

Their lavish Japanese meal on Saturday ended with a toast -- marking the third wedding anniversary for the Hollywood couple. The "Juno" star and Affleck have nixed recent rumors that they're headed for a split. They have one daughter, Violet.