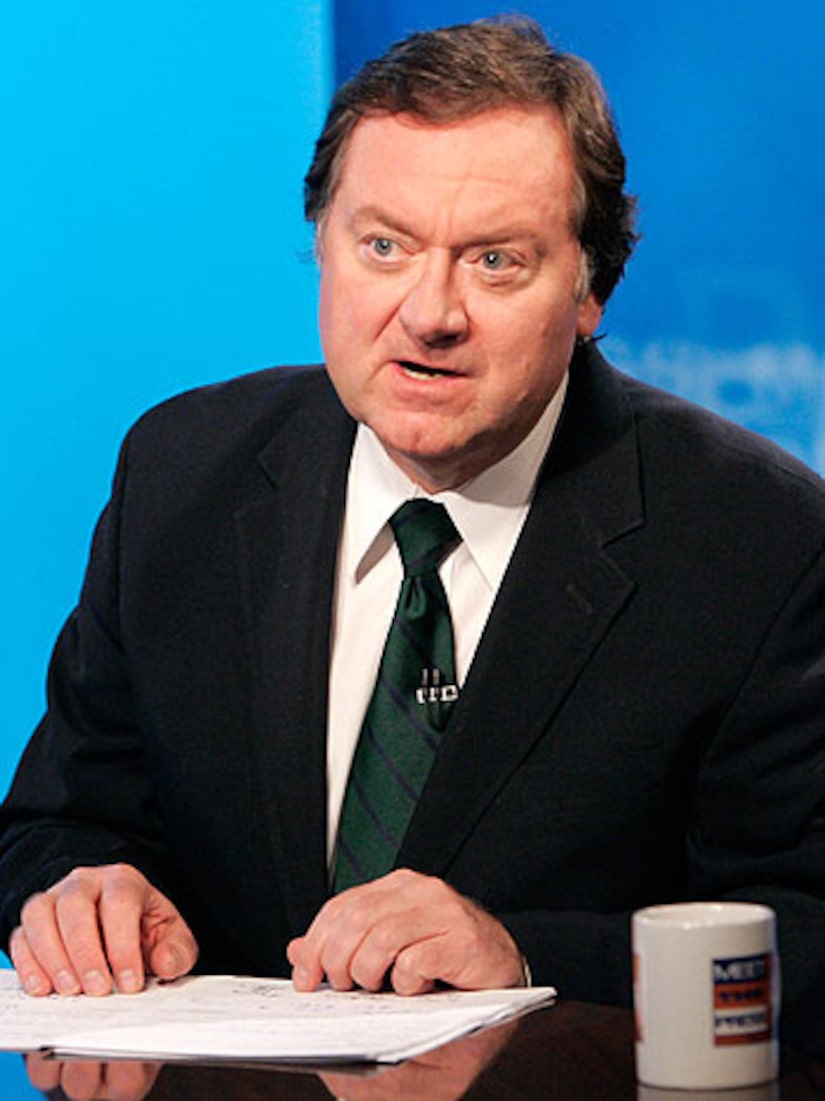 "Meet the Press" anchor Tim Russert left some giant shoes to fill, but television's leading journalists are reportedly bidding for the job, reports the New York Post, which says that MSNBC anchors Chris Matthews and Keith Olbermann are "jockeying for his job."

At Russert's memorial service at the Kennedy Center in Washington, D.C., Matthews was reportedly overheard saying, "You know, Tim's thing was this, and my thing is that." Matthews told The Post he was talking to developer Bob Monahan about a speech, not about the job, and denied that he wants to be the new host. "I love what I do. My Sunday show is a perfect fit for me. I hope they find a perfect fit for 'Meet the Press.' "

Olbermann, who also attended the memorial, is "threatening to quit if he isn't installed as Russert's replacement," another insider said. A rep for MSNBC told the Post that "all of this is utterly untrue." Another source says Russert wanted Chuck Todd, an NBC News political director to succeed him. This Sunday, Nightly News host Brian Williams will host "Meet the Press."