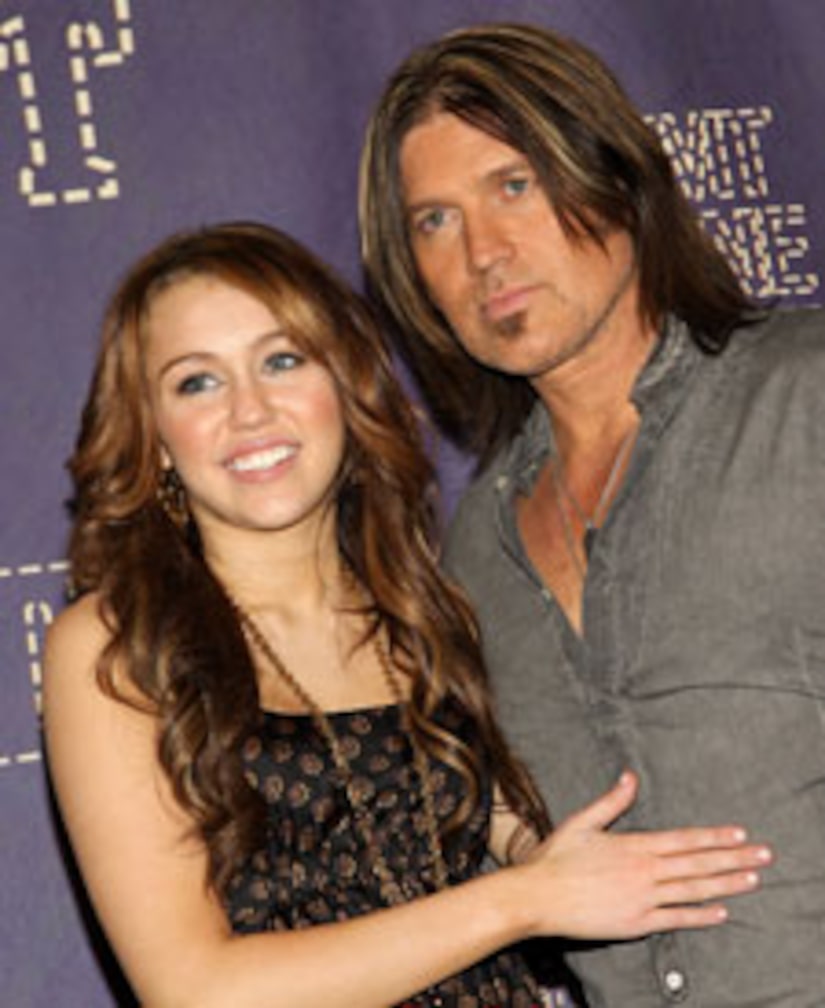 Billy Ray Cyrus was on the "Today" show talking about the Vanity Fair photo controversy that has surrounded his 15-year-old daughter Miley since April -- and his limited knowledge of the photo shoot. "I didn't know they were going to strip her down and wrap her in a blanket," said Cyrus.

Billy Ray broke his silence about the VF photos to "Extra" a few weeks ago, talking about his Disney daughter growing up -- and the advice he gave her about handling the media. "She's still that same kid -- and she's still in that transition to becoming a lady," revealed the "Nashville Star" judge. "Hopefully, I instilled in Miley, that when you get knocked down, you got to get back up... she has a lot to be proud of."

The "Hannah Montana" star weathered a lot of criticism for the risqué pix, shot by famed photog Annie Leibovitz -- and subsequently apologized to her fans.