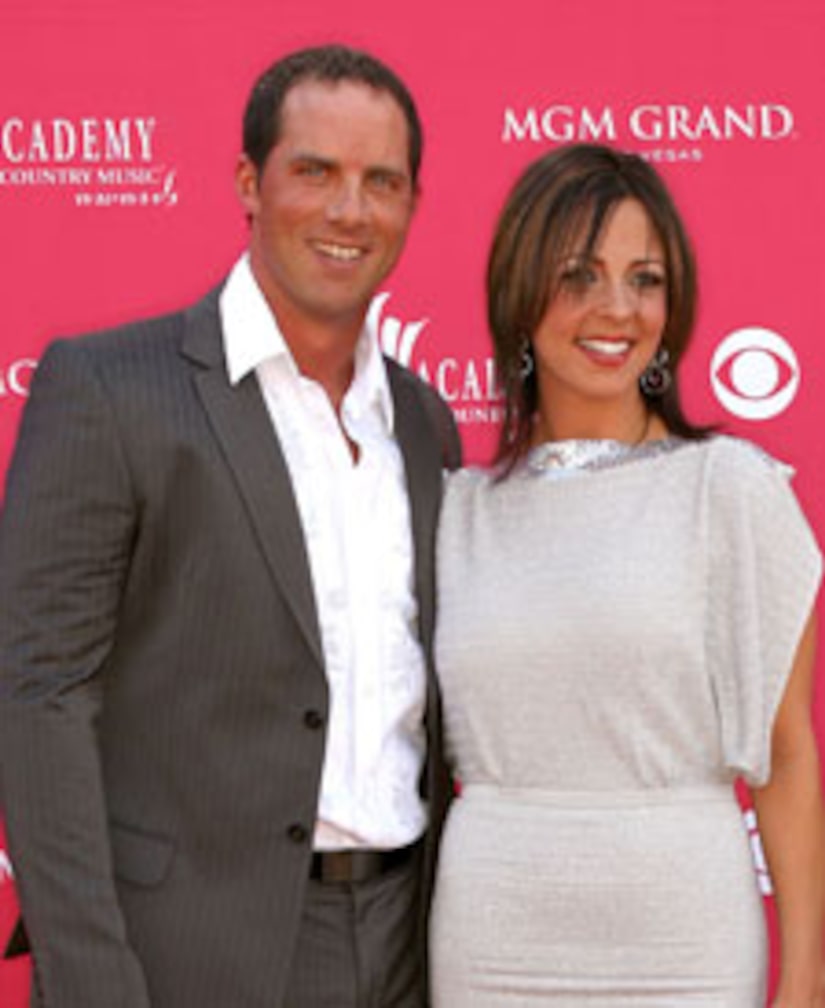 Country singer Sara Evans, 37, got hitched to former University of Alabama quarterback Jay Barker, 35, on a farm in Franklin, Tenn. on Saturday, says People magazine. Evans' son 8-year-old son, Avery, walked his mom down the aisle, while the bride and groom's other 6 children were their attendants.

Barker, the host of a morning sports radio show in Birmingham, Ala., met Evans through their minister, Joe Beam, who had counseled them after each was divorced last year.

"He was our own personal matchmaker," said Evans, who says that Beam made both of them promise -- before they even met one another -- that they would let him officiate at their wedding. "I think God told Joe to get us together."

Sara wore an ivory silk taffeta Vera Wang gown with a halter neck, and Jay sported a Dolce and Gabbana suit. The elegant black and white affair was given a twist with a menu featuring Southern fried chicken, country-style pole beans, biscuits and macaroni and cheese. The bride and groom had their first dance to Chris Brown's "With You," and the 130 guests danced the night away.