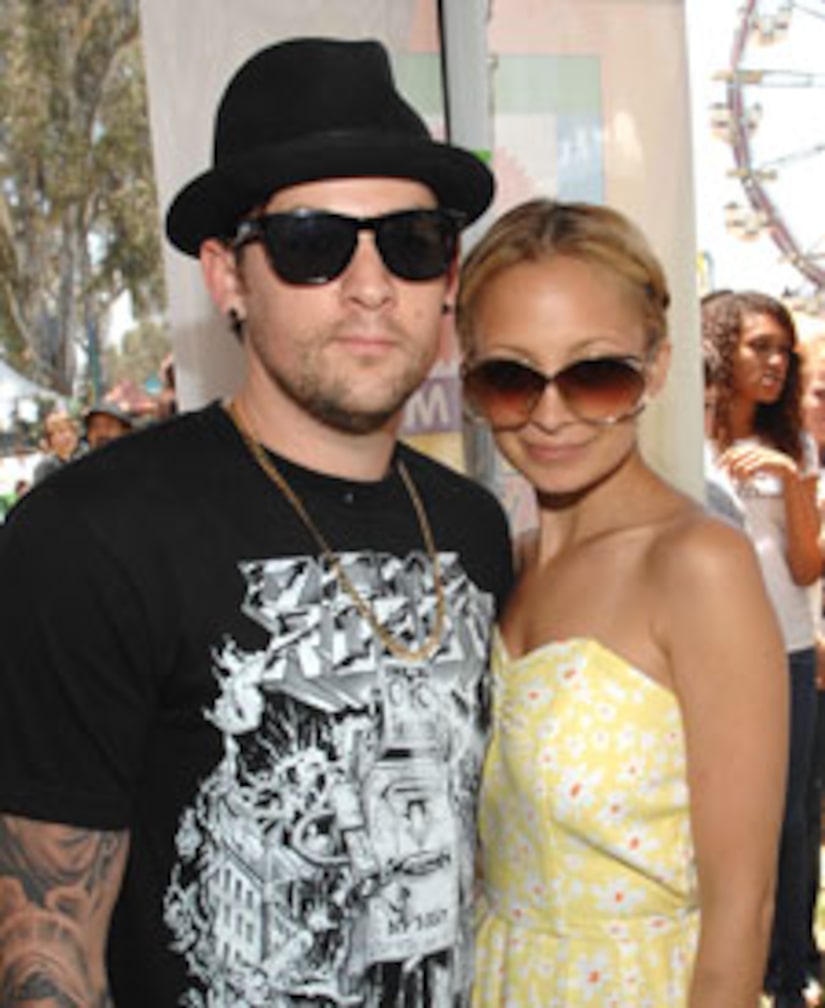 Good Charlotte rocker Joel Madden pulled a fast one on his fans when he blogged, "WE DID IT!! NICOLE AND I FINALLY GOT MARRIED!! Click here for pictures!!" Jokester Madden followed up the post with a picture of a wedding -- complete with a gorilla bride and groom!

The 30-year-old singer -- and beau of "Simple Life" star Nicole Richie -- blasted an article written by Star magazine that reported he and baby mama Nicole were planning a rock star wedding -- at a cost about $2 million.

"I've been getting calls and texts from my family all week asking me why they weren't invited to my wedding. I guess the only answer I could give them was that I didn't know we were having one," wrote Joel. "So I just found out that Star magazine wrote some story about a 2 MILLION dollar wedding we are supposed to be having -- and that's where it came from."