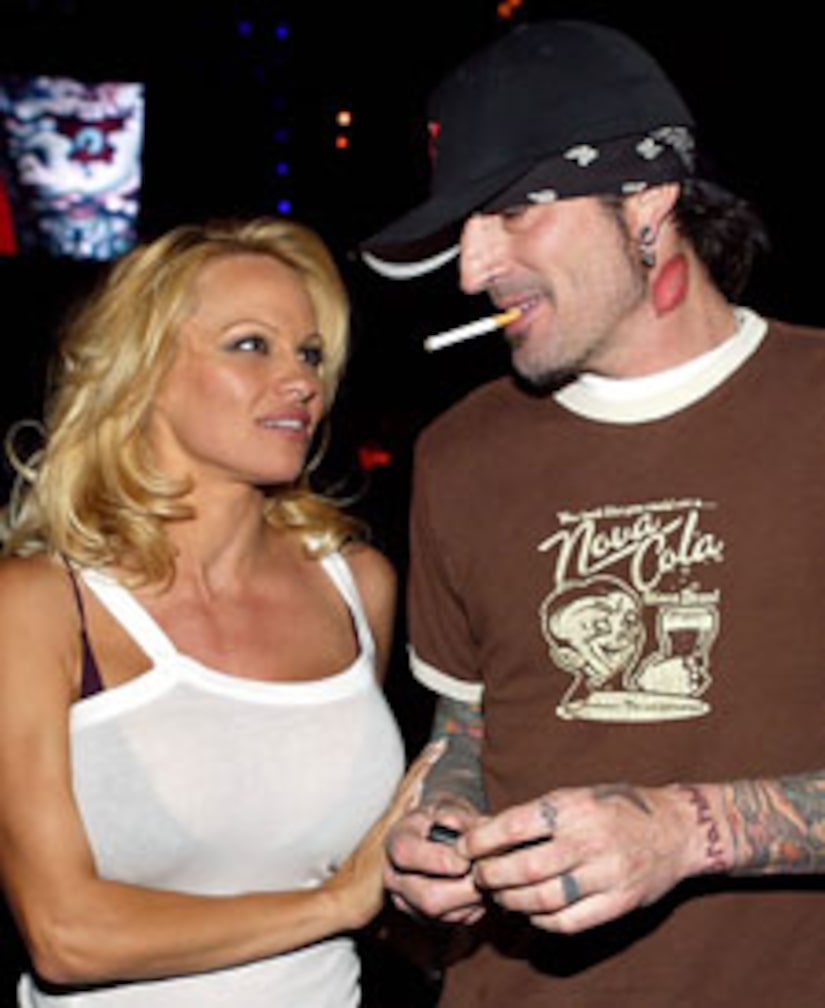 Pamela Anderson and Tommy Lee can't stay away from each other. The Motley Crue drummer and the Baywatch star-turned-magician's assistant are back together, according to Rolling Stone. Some say it's just a ploy for Pam's new E! reality show. Who knows?

"Pamela and the kids have moved in with me," Tommy told the magazine. "It's awesome, man. It's definitely working. You can tell on the kids' faces -- they're happy when we're together."

The sex tape stars divorced in 1998 and have two sons, Brandon and Dylan. This isn't the first time they've tried to rekindle their relationship. "We've only given it a try 800 times -- 801, here we go," Tommy added.

Anderson's most recent marriage to Rick Salomon was annulled last March. It followed her three-month marriage to Kid Rock.