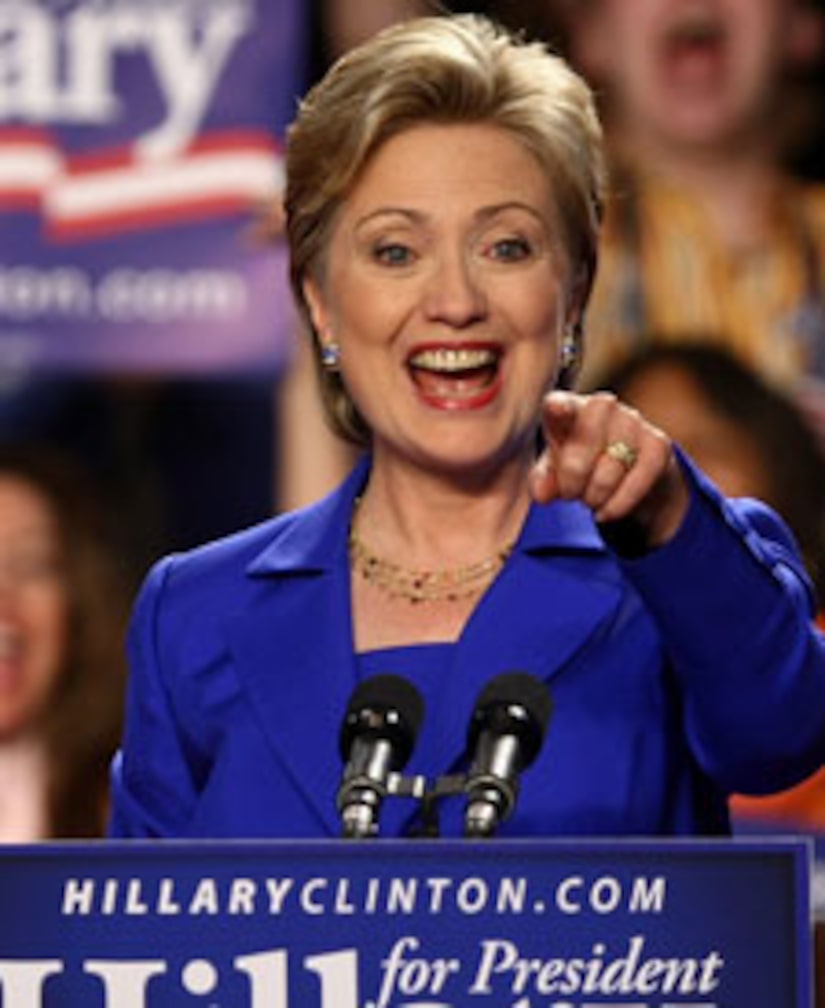 The checkered flag has now all but dropped on one of the most watched political races in American history. While presidential hopeful Hillary Clinton stopped short of conceding to opponent Barack Obama, she did echo a sentiment that she recently shared with "Extra" -- she will do whatever it takes, possibly even taking on the role of Vice Prez -- to help the country.

"No matter what the outcome of this, we're going to have a unified party," said Clinton, "I'm going to work my heart out -- I will do everything we can to win."

The possibility of an Obama/Clinton dream ticket, while encouraging, is not enough to take the sting out of Obama's presumptive win for some of Clinton's staunchest supporters. "She has come so close -- she has made history," actress Cybill Shepherd shared, "and she has inspired me and all women to keep on fighting."

Hillary's next fight -- whether on the ticket or not -- will be alongside fellow Democrats come November.