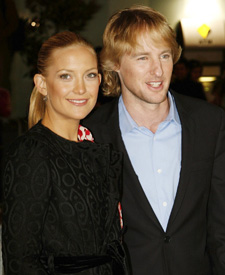 Just after rumors that they were ready-to-wed, Kate Hudson and Owen Wilson have reportedly called it quits -- again! The on-again/off-again pair, who rekindled their flame in Miami less than two months ago, have proven that you can't strike the same match twice.

"It was a pretty bad break-up," a Wilson source tells People magazine, "Owen said it was a tough one -- he doesn't want to dwell on it. He wants to put it behind him."

Since breaking up, both Kate, 29, and Owen, 39, have been letting loose. While Hudson visited the bar at Boston's Liberty Hotel, Wilson was spotted at NYC's Upstairs.

A Hudson source reveals that the "Bride Wars" actress may have thought that the romance was more than a fling. Says the source, "she feels dumb for thinking it was so serious."