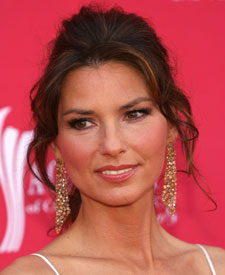 Seems like Shania Twain's husband is not "Still the One." The sexy singer and her hubby of 14 years, producer Robert "Mutt" Lange, have called it quits, reports People magazine.

"Shania Twain and her husband, music producer Robert 'Mutt' Lange, are separating after 14 years of marriage," spokesman Jason Owen says in a statement, "This is a private matter and there will be no further comment at this time."