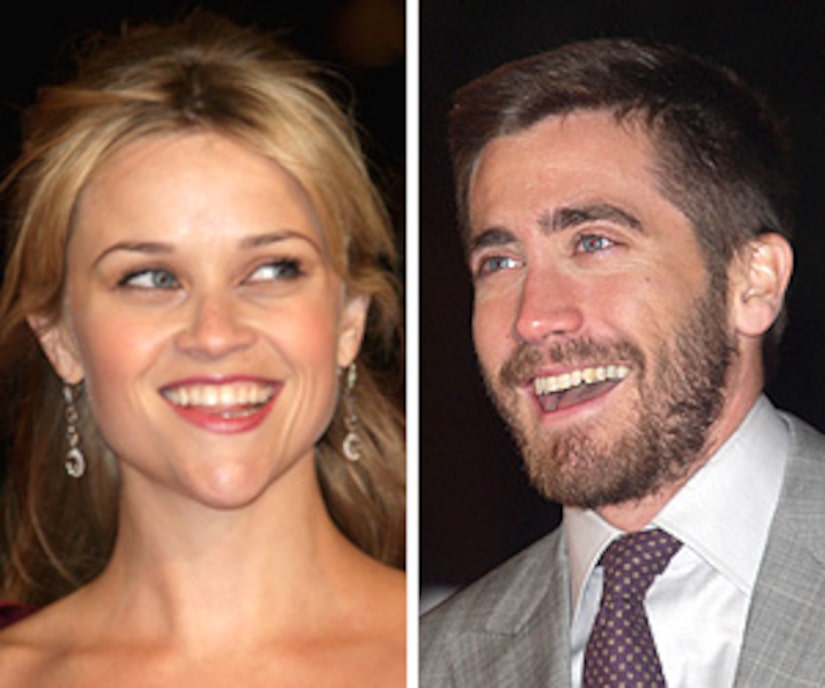 Cozy couple Reese Witherspoon and Jake Gyllenhaal are reportedly planning to take a big step in their relationship -- a trip down the aisle! OK! magazine reports reports that sources say it's only a matter of time before Jake pops the question to the Oscar-winning actress.

"They've been talking marriage for awhile now," says a Witherspoon source, "they'll be formally engaged any day now -- they want to spend the rest of their lives together."

Don't expect these "Rendition" co-stars to go the way of most twosomes in Tinseltown by shacking up -- the source says that these two are taking it slow. "This is a very serious relationship," says the source, "but Reese is very conservative and traditional. I'm sure she doesn't want her kids to see her 'living in sin.'"

Witherspoon's rep had no comment when asked about upcoming nuptials, and Gyllenhaal's people claim that the couple has no immediate plans to say "I do."