Tom Cruise has opened up his Telluride estate for a grand tour -- and a somewhat candid one-on-one with Oprah for the first time since his infamous couch-jumping incident aired nearly three years ago. 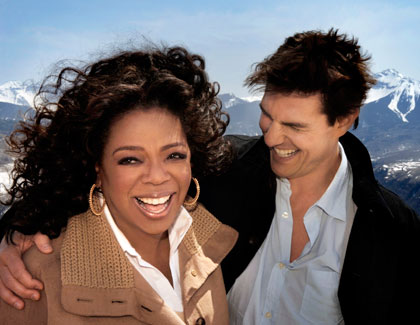 His love for now-wife Katie Holmes has been touted as Cruise's reason for the furniture antics. Since the beginning of their relationship, the two have endured rumors that their marriage is a publicity stunt. "That's laughable to me," says Cruise. The rumors suggesting that daughter Suri isn't his, however, are no laughing matter. "It's one thing [to] come after me, say stuff about me," says Tom, "but when it comes to my family, my children -- this is off the chart."

Cruise also talked about his controversial remarks about actress Brooke Shields' use of anti-depressant drugs, admitting his comments "came out wrong -- I regret discussing Brooke in any way," but adding, "I apologized to her -- and as a result we're even closer friends."