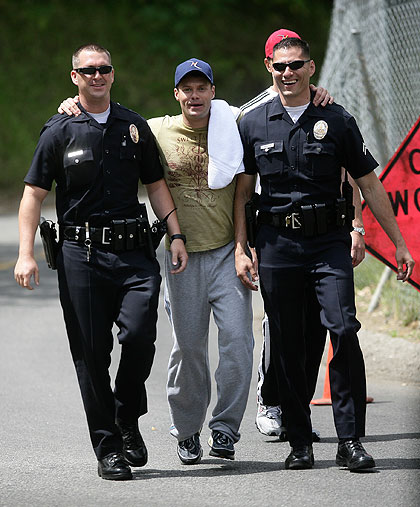 Rumors of a stalker are exploding -- after photographers caught video of "American Idol" host Ryan Seacrest surrounded by cops at his posh Hollywood Hills enclave.

While cameramen on scene say officers revealed they were looking for an alleged stalker, Ryan tells "Extra" -- and his morning radio audience -- that he was actually explaining a fenderbender he had earlier in the evening.

While Seacrest kept it cool on "Idol" -- acid-tongued judge Simon got his own surprise -- a phone call from his first kiss, Tara Miller, a childhood friend from London! Today, "Extra" has Tara Miller talking about the man she kissed so many years ago.

Chris Harrison Says What Went Down on ‘The Bachelorette’ Was… 10