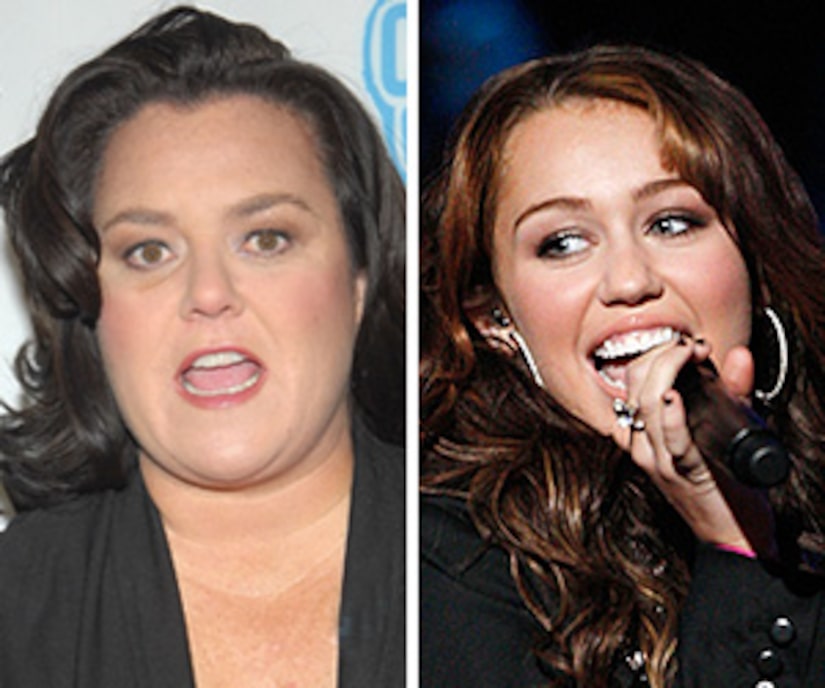 Teen queen Miley Cyrus has at least one defender - actress/blogger Rosie O'Donnell has posted a video encouraging the support of Cyrus through this Vanity Fair photo shoot ordeal.

Rosie, who has experience working with photographer Annie Leibovitz, talks about the risqué photos and the woman behind the camera. "Annie Leibovitz -- I had two photo shoots with her," says O'Donnell, "You kind of do what she says. It's intimidating."

The former "View" hostess also chastised the public for the backlash heaped on the 15-year-old Disney sensation, putting responsibility for the pictures squarely on Leibovitz. "I also don't think it was a pornographic photo in any capacity... it was a sort of beautiful portrait," says O'Donnell. "It's Annie Leibovitz's people -- leave Miley Cyrus alone."