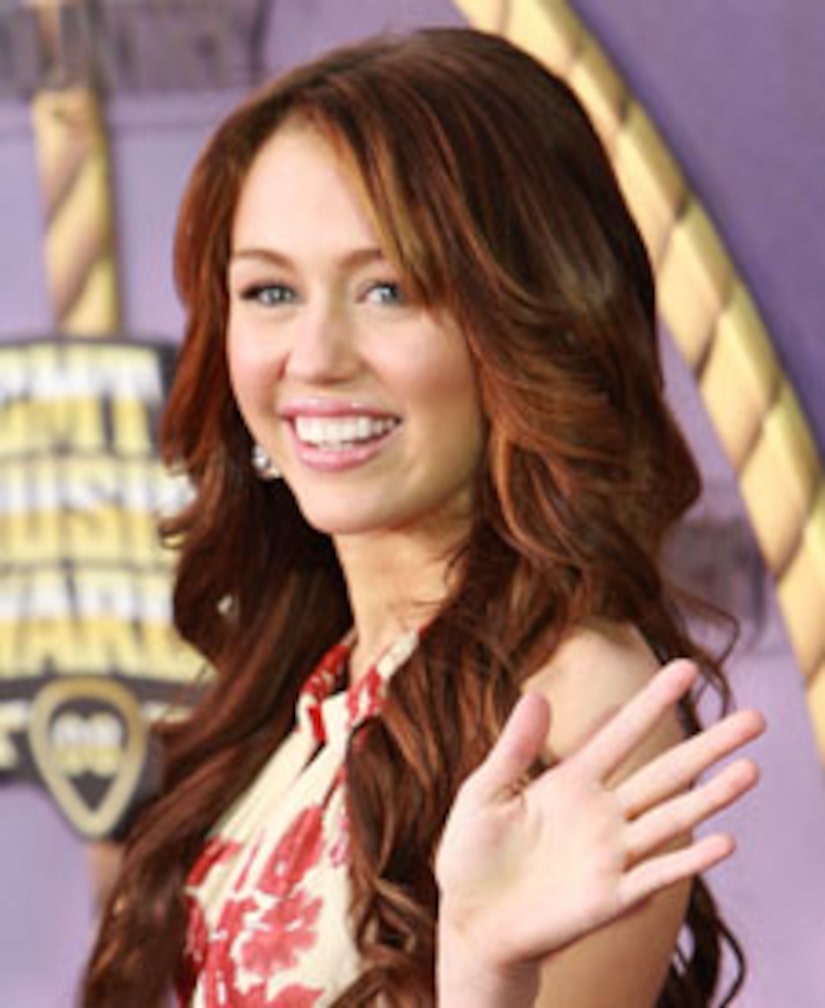 Disney sensation Miley Cyrus has Hollywood buzzing about her recent Vanity Fair pictures -- and the stars are weighing in on the controversial photo shoot! From Lauren Conrad to Sally Field, support is being given to the "Hannah Montana" star, who has dealt with a backlash since the Annie Leibovitz pictures were released.

"I found it a bit silly. I thought she looked beautiful in the pictures," says LC, "I didn't find it inappropriate -- it is a lot of pressure on her since she is a role model, but I think she's doing a good job." Even Spencer Pratt, Conrad's arch enemy, agreed with her on Miley's pictures. "I didn't think it was that bad," says Pratt. "Supposedly, she's wearing a top underneath. It's artistic."

"Brothers and Sisters" star Sally Field also felt for the pop star. "I love Miley Cyrus," says Field, "My granddaughters are completely and utterly over the moon. I watch 'Hannah Montana'... I think, 'Let it go for God's sake'... it's a beautiful picture."