Grammy-winning Amy Winehouse was arrested earlier today in a head-butting incident which took place earlier in the week at a pool parlor in England. She "appeared voluntarily" for the arrest, and will likely be released tomorrow. 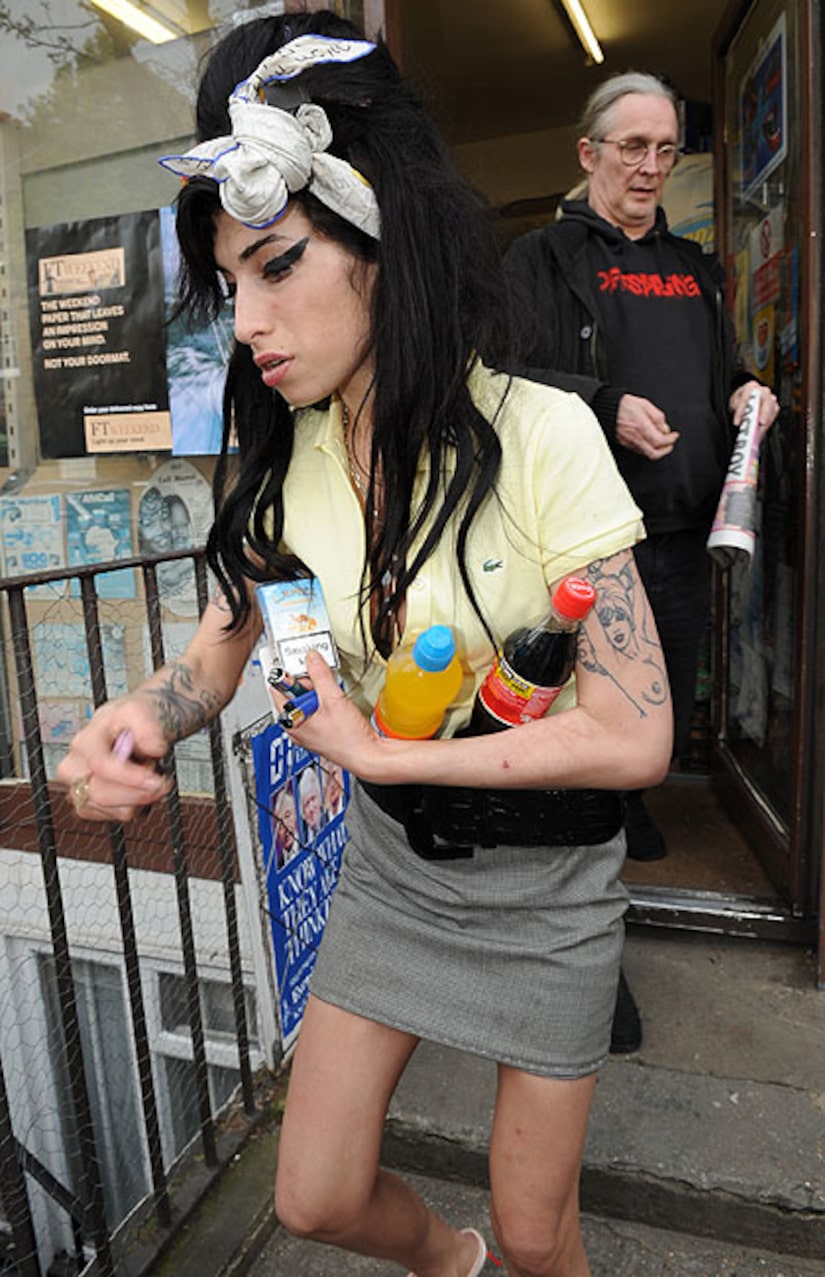 Here she's seen gathering up some nutritional sustenance at a local sweet shop, while her husband, Blake Fielder-Civil awaits a judgment on his jail sentence.