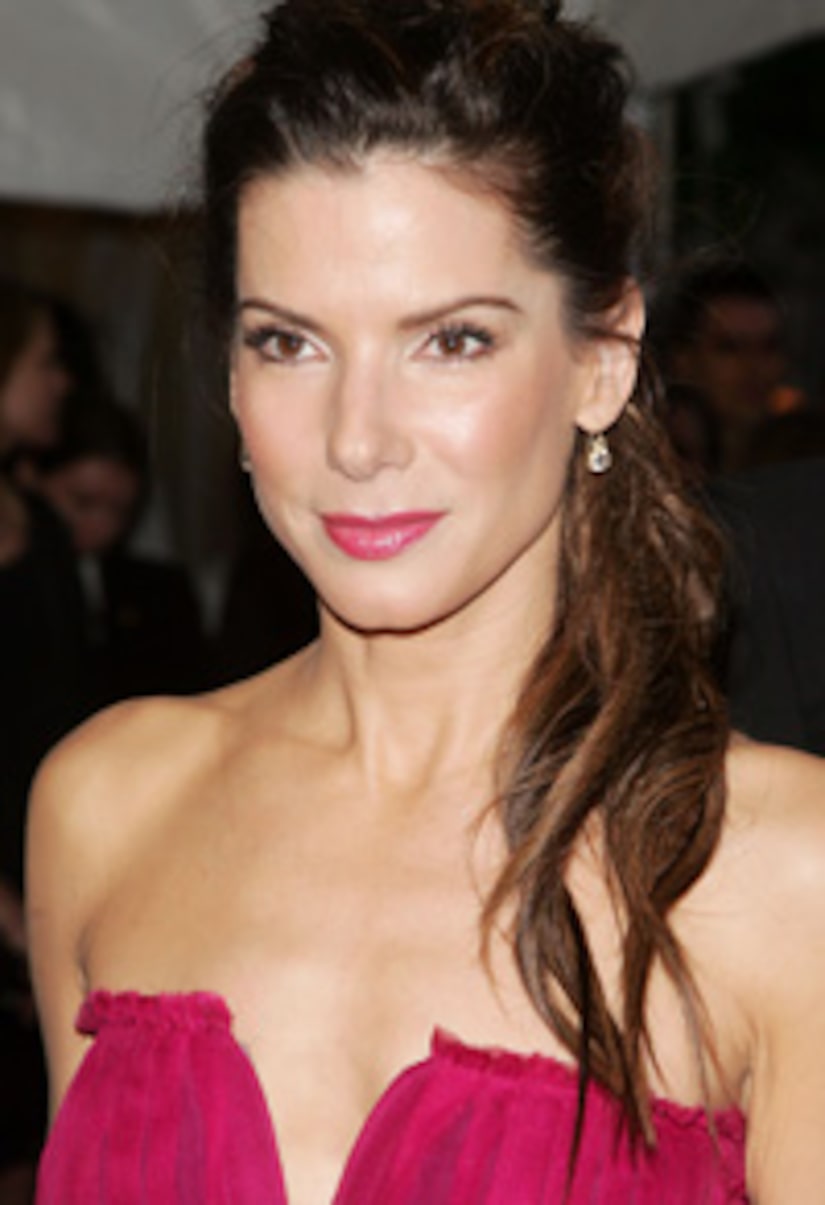 Actress Sandra Bullock and husband Jesse James are both okay after a head-on collision with a drunk driver on Friday night. The two were driving in Gloucester, Massachusetts, when Lucille Gatchell crossed a center line and hit their SUV.

Gatchell is reported to have been drinking, and had a blood-alcohol level of 0.20 percent -- more than double the legal limit. The AP reports that Bullock, 43, was "gracious" and concerned about Gatchell's well-being.

Filming continues on Bullock's next vehicle, "The Proposal."