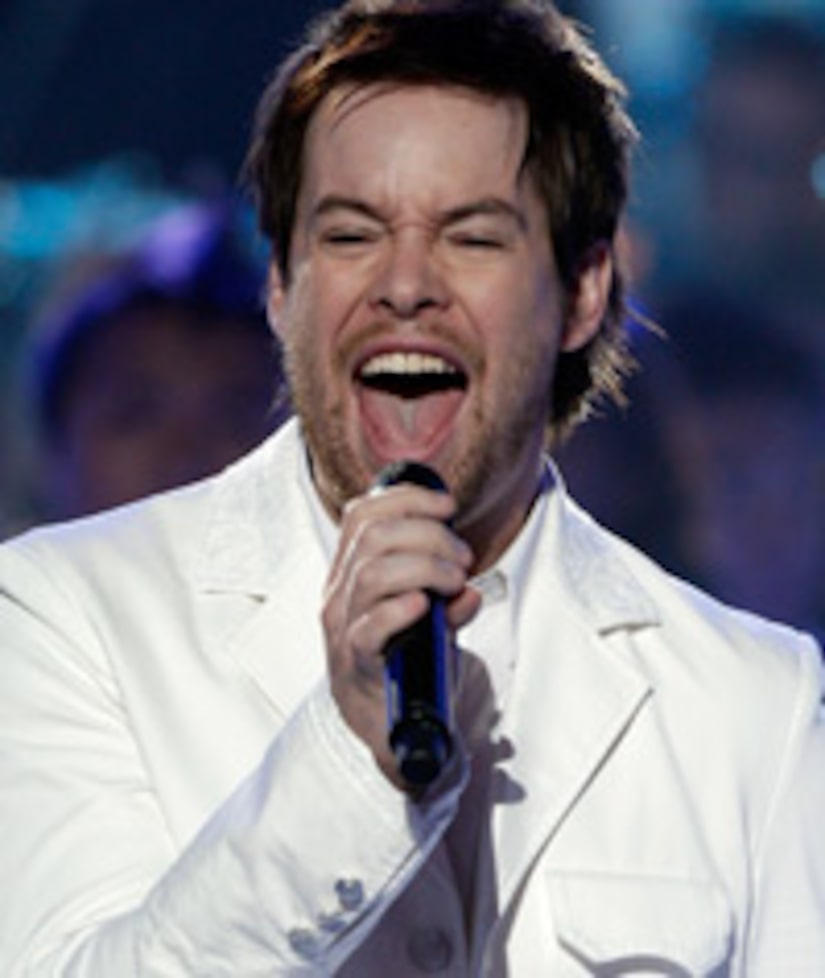 Mariah Carey was the featured mentor in last night's "American Idol," and the singing sensation coached her charges to mostly compelling renditions of her record-breaking songbook, but the real drama of the night belonged to David Cook, who performed for his ill brother Adam, seated in the front row.

Cook's brother, who is battling brain cancer, made the trek from Indiana on a chartered medical jet, and beamed as his brother sang a heart-wrenching rendition of Mariah's "Always Be My Baby." The judges were wowed by the emotionally charged performance, with David teary-eyed and speechless as he got his marks.

The other "Idols" performed as expected, with Simon declaring that the guys had outperformed the girls, mostly because there was nothing to compare (as in, Mariah's vocals). David Archuleta's performance was a standout, for sure, but there's definitely some competition. Who will go home tonight? Tune in to FOX to find out ...and see Mariah Carey perform.