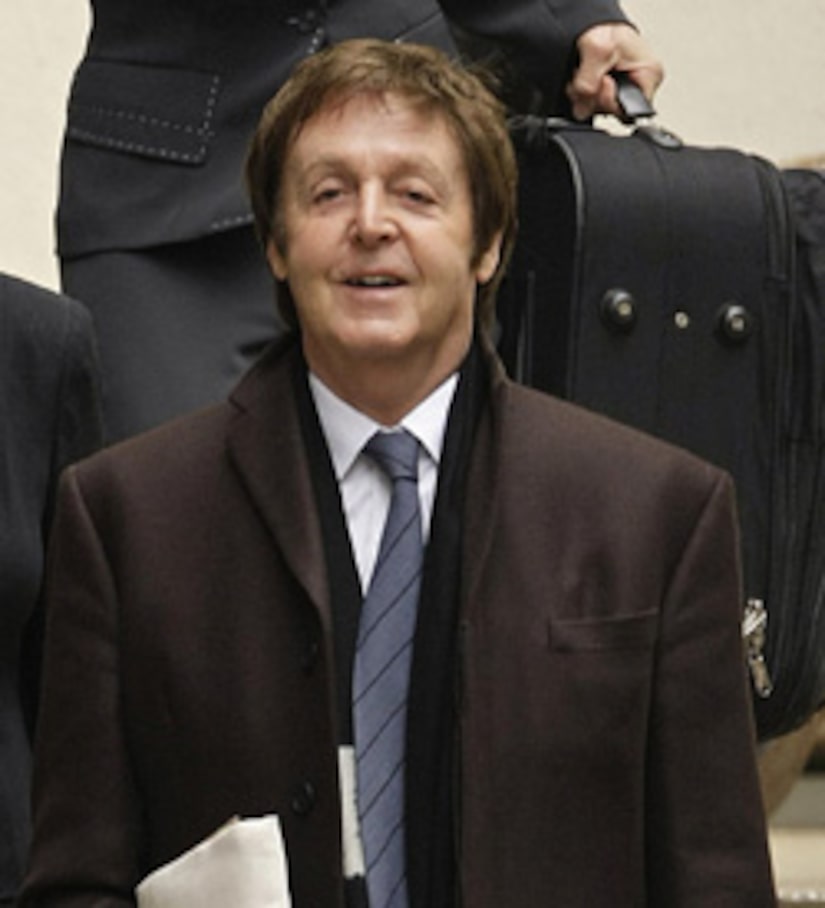 Paul McCartney's bitter divorce from Heather Mills was finalized just two weeks ago, but it appears the ex-Beatle has really moved on. British tabloids snapped these juicy pics of 65-year-old Paul and his current squeeze, Nancy Shevell, on holiday in the Caribbean.

Paul just wanted to hold the New York socialite's hand, among other things, as they walked the beach, did some sailing and stayed at a reported $12,000-a-night resort. He "looked very much in love again," says the U.K.'s Daily Mail.

It's rumored that the two started dating in October.