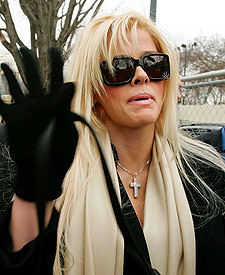 The mystery of how Anna Nicole Smith's son died has been resolved. A Bahamas jury decided today that Daniel died of an accidental drug overdose -- and no crime was committed. No criminal charges will be filed.

Daniel, 20, died September 10, 2006 in Anna's hospital room, just three days after the birth of his half-sister, Danielynn. In December, a forensic pathologist announced that Daniel died of a lethal cocktail of methadone, Zoloft and Lexapro.

Cardi B on Why She's Divorcing Offset, Says: 'I'm Not Hurt' 4

What Does Brad Pitt Smell Like? And More Celeb Secrets from… 7

Who Is Valerie Harper’s Husband?