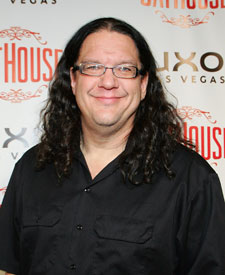 They shimmied, they shook, they brought out their best moves -- but when the music stopped, there wasn't enough magic to save Penn Jillette from the disappearing act. Both the magician and tennis pro Monica Seles got the boot in the show's first double elimination. "I don't think I'll dance again," Penn told "Extra." Added Monica, "I look forward to watching the show on my couch with a bowl of popcorn!"

Did America get it right? "Extra" got the scoop from our backstage secret weapon, judge Carrie Ann Inaba. "I would have liked to see Monica stay," said Carrie Ann. "I think as a human being she was growing, she was learning how to move her body." As for Penn's dancing, Carrie Ann said he deserved to go.

As the competition continues, Carrie Ann said she's got her eye on a few favorites. "I think it would be really interesting to watch Cristian [de la Fuente] because I think he is going to grow a lot. I feel like he's really hungry, I'm watching him and he's got the evil eye, he really wants to win it!" And after Priscilla Presley's red hot Mambo, there's no question she wants a shot at the title -- and daughter Lisa Marie is cheering her on. "She was like, 'Oh my gosh, Mom, what are you doing?' and I'm having fun!"

Marlee Matlin beamed about future dancing with her hubby of 15 years, Kevin. "I absolutely am going to take up dancing with my husband when the show is done! He is the first one -- all the other guys will have to wait in line." Added Kevin, "I guess I'm going to have to start taking some lessons!"

See who tangos to the top when the stars strut their stuff next Monday on ABC.