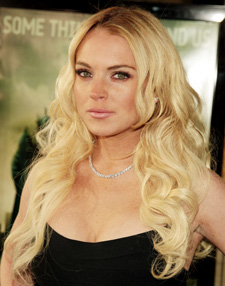 Lindsay Lohan’s infamous party antics, which include two DUIs, three stints in rehab at the not-so-tender age of 21, and a couple of car crashes -- may have driven her modeling career into a brick wall.

A London paper is reporting LiLo’s been dropped as the face of fashion label Jill Stuart because she "doesn’t have the right image." In her place – Oscar winner Hilary Swank! Lindsay’s multiple Razzies for "I Know Who Killed Me" don’t hold quite the cache of an Oscar.

A source close to the designer told the paper, "She thinks Hilary Swank would be the ideal choice because she is that little bit older, and incredibly well respected in the acting industry."