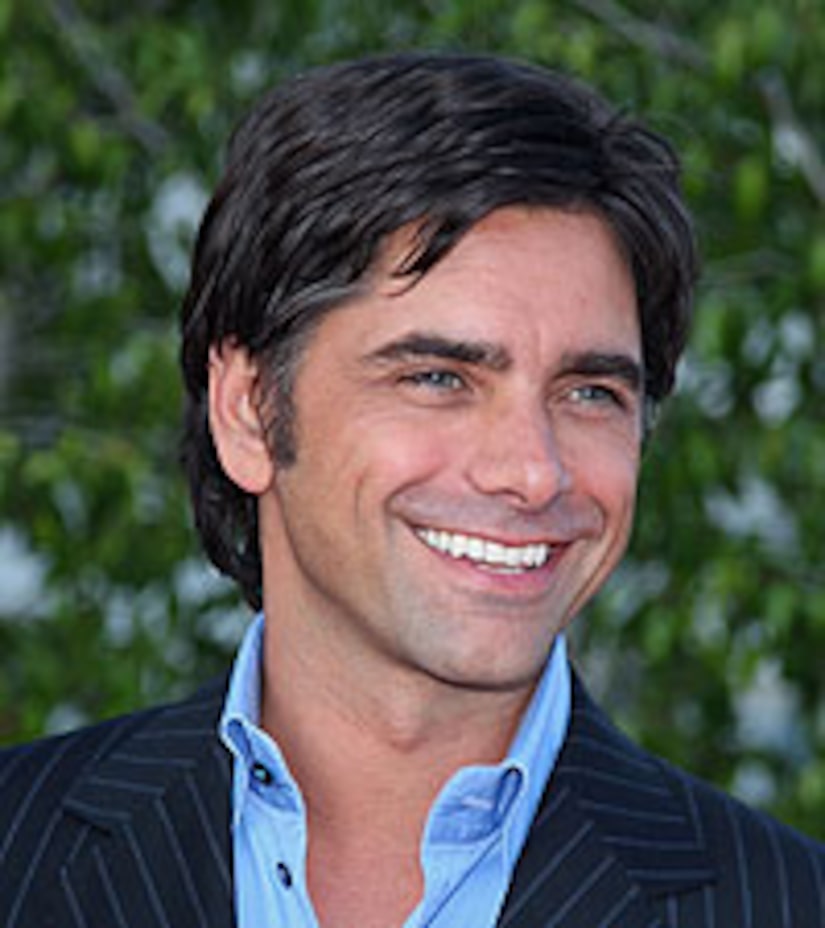 Primetime heartthrob, John Stamos, is sitting down with "Extra" to describe his most controversial role yet.

Co-starting alongside Sean "P.Diddy" Combs, Stamos reveals how uneasy he was creating his racist character for ABC's powerful revival of "Raisin in the Sun."

"You see me sweating and stuff," he reveals. "It was kind of nerve-wracking!"

John also gushed to "Extra" about his role as the dashing doctor in "ER," hinting how the writers plan to sex up the drama after a long, cold winter strike.

"It's just the best job," he says. "I came from 10 years of saying, 'Michelle, say poo poo,' so to get that kind of writing, I feel fortunate. Not that I didn't love 'Full House!'"

And although he wouldn't say who, Stamos did confirm to "Extra" that he's dating and admitted to wining and dining the ladies.

"I love to cook," he says. "It's a great date to have someone come over and you cook and you play a little music."

Catch the hunky Mr. Stamos in "Raisin in the Sun" when the TV movie airs at 8 p.m. on ABC.