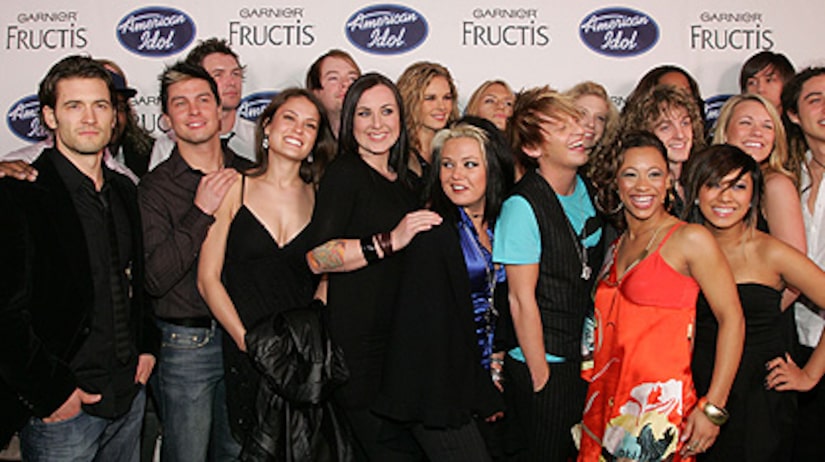 Last night the Kodak theater was on fire as the top 12 guys took the stage on the first voting night for season 7 of "American Idol."

At the end of all 12 performances, Randy Jackson said, "It's heating up. It's anyone's game right now."

And there's no doubt about it. The boys covered everything from Elvis Presley to The Doors last night for a 1960's-themed evening.

Simon Cowell repeatedly told performers their goal from now on will be to make their performances "current," taking any song from any genre and putting a modern spin on it.

Not all was lost in the sea of Simon's criticism, however. He told three performers they had the "it" factor that will send them soaring to the top.

The three hopeful singers who stood out to Simon were David Archuleta, who sang "Shop Around," Jason Castro, who performed an acoustic version of "What a Day for a Daydream," and lastly, Michael Johns, the Aussie who wowed the audience with a fiery rendition of "Light My Fire."

Millions of regular "Idol" fans aren't the only ones who welcomed the top 12 men into their living rooms last night. MTV is reporting that some of Hollywood's hottest celebs have also been tuning in to the watch the nation's number-one reality show.

Paris Hilton, Zac Efron, and Jim Carrey are just a few of the A-listers who can't unglue their eyes from the TV set.

"Idol" producer Nigel Lithgow says they're not breaking any rules, though.

"We believe in the rule that you're allowed a second, a third, and a fourth chance," he told "Extra."

The top 12 girls will get their first chance to wow the crowd tonight on Fox.