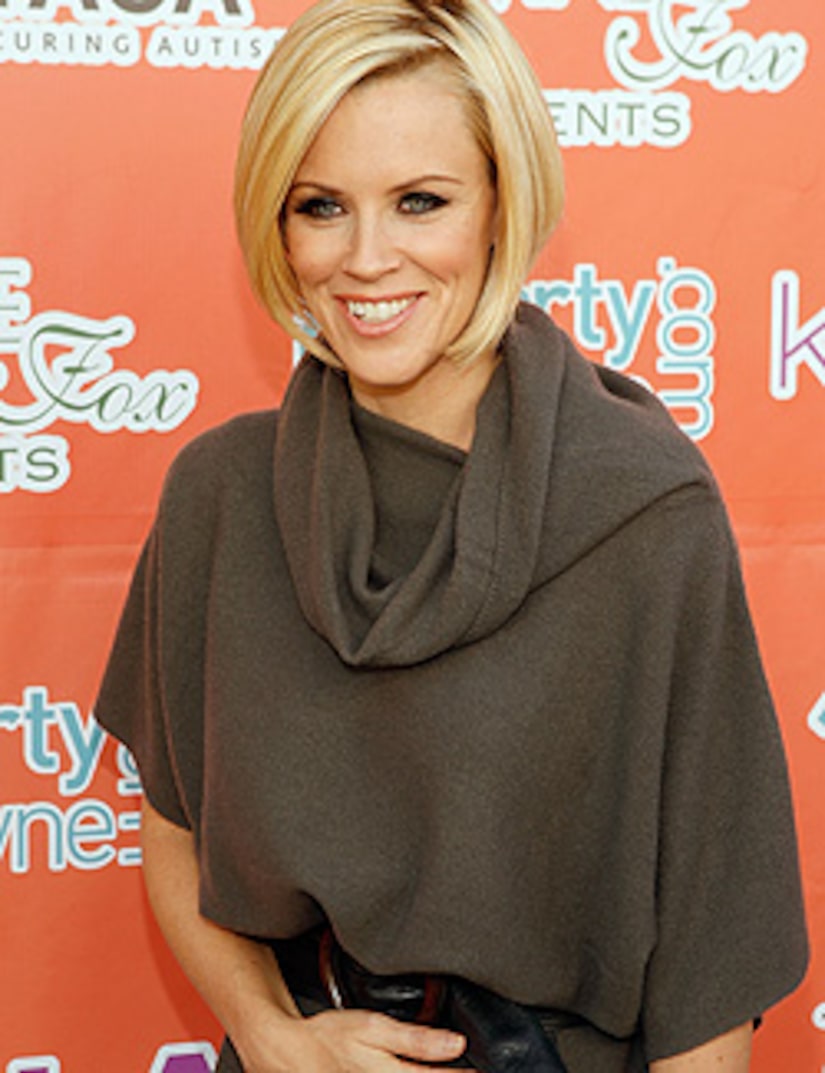 Is Jim Carrey about to become a father again?

The blazing hot rumor of the day is that Jim's gal Jenny McCarthy is pregnant!

Chelsea Handler made the surprise announcement on her show, saying, "Jim Carrey wants me to tell you that Jenny McCarthy is pregnant."

But hold the stork! Reps for the two told “Extra” that there is no truth to the baby news and that Chelsea was just playing a joke on her good friend, Jim.