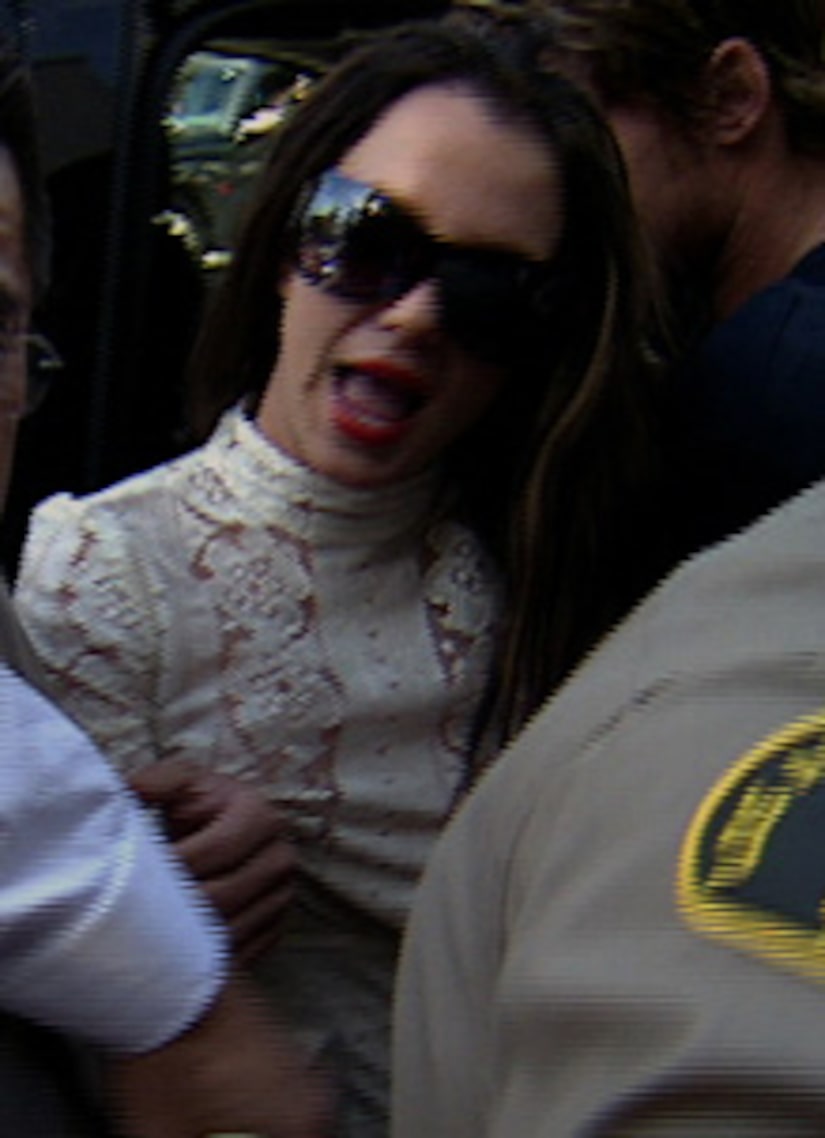 Britney Spears is now back at her home in Beverly Hills following today's chaotic scene outside the downtown L.A. courthouse.

The troubled pop star, 26, arrived hours late to the hearing - perhaps one of the most important in her custody battle - and promptly left. She arrived in an SUV, but when her two lawyers got out, she circled the building before speeding off.

With pals Sam Lufti and rumored beau Adnan Ghalib, her bizarre trek took her to lunch at Gaucho Grill in the San Fernando Valley and later to a church on Coldwater Canyon. She only stayed inside for a few minutes, but that was all it took for rumors to swirl that she had actually wed Ghalib. "Extra" has confirmed the two did not, in fact, tie the knot.

Now Britney is back home, but the question remains: What will happen to her visitation rights? Currently, Brit has been stripped of all visitation and Kevin Federline has temporary sole custody. Today's hearing might have changed that for Britney, but she bailed. Kevin was in court to hear several witnesses, including police and fire officials, testify about her Jan. 3 standoff with police.

There are reports that court will resume tomorrow and more witnesses will take the stand. If Britney doesn't prove that she should win back the kids, she might not see them until April, when the next hearing will take place. Kevin has requested primary custody of Sean Preston and Jayden James.