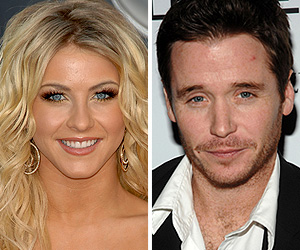 Has “Dancing with the Stars” champ Julianne Hough found a new partner in Kevin Connolly?

The “Entourage” star, 33, reportedly told the New York Post that the two went on a few dates, but it was “nothing serious.”

Last month, Connolly reportedly bought a ring for Julianne, 19, but insisted the two were just friends.