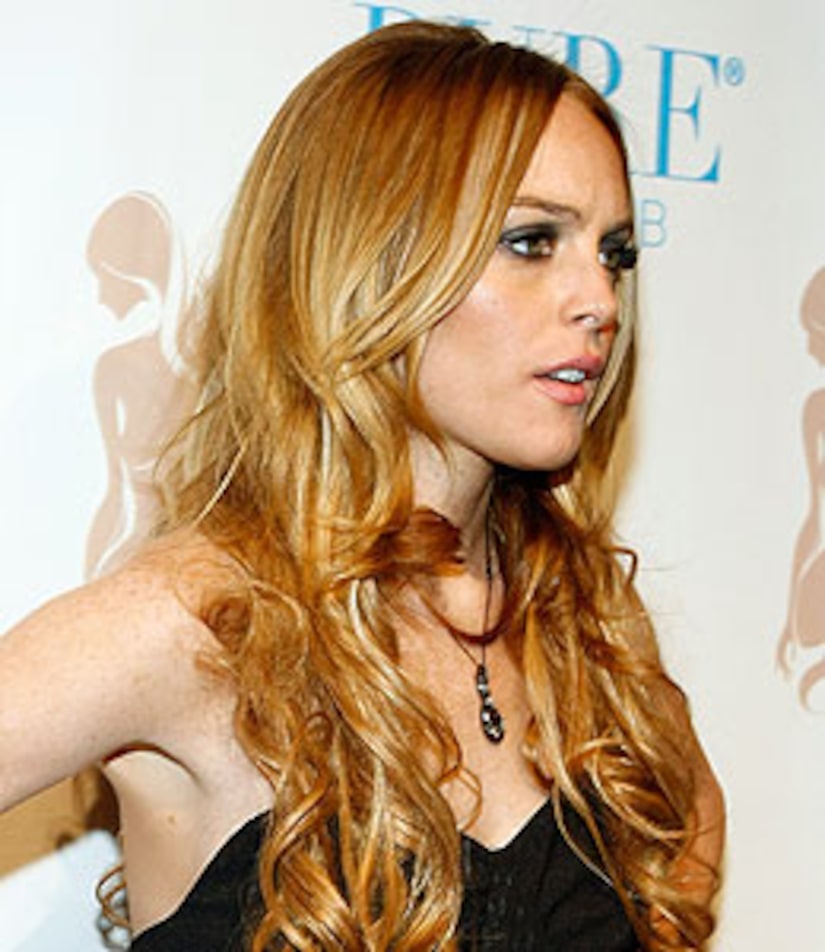 Lindsay Lohan checked in to Lynwood Jail this morning - and left just over an hour later.

Her brief time in jail stems from her two DUI convictions. Lindsay, 21, was ordered to complete 10 days of community service and spend two days behind bars. However, she was given credit for one day in jail following her July arrest. Nicole Richie was given a similar deal when she pleaded guilty to DUI. She served just over an hour in jail, too.

Lindsay began her community service at the American Red Cross this week.