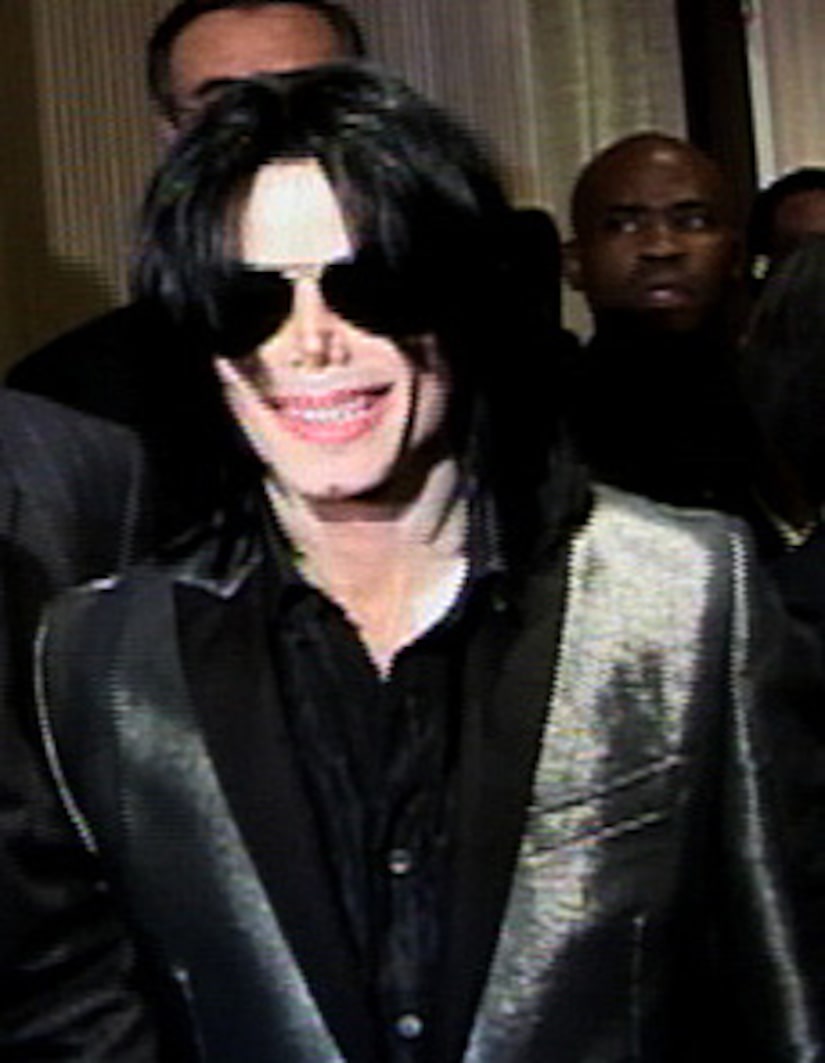 Michael Jackson made his first red carpet appearance since he went into hiding following his 2005 trial and acquittal of child molestation charges.

Michael's surprise visit was for pal Jesse Jackson's 66th birthday party at the Beverly Hilton.
Michael was all smiles as he held hands with Jesse, posed for photogs and shook hands on the arrival line.

The King of Pop flew into Los Angeles under the radar two days ago with his kids Paris, 9, and Prince, 10.

Michael's rare appearance comes just as he's featured in the new issue of Ebony magazine in all-new pictures. His pale skin and gaunt look has the Internet abuzz with rumors that he's gone under the knife – again.

In addition, there are new reports today that Michael may soon lose his treasured Neverland Valley Ranch.

He's reportedly defaulted on a $23 million loan and risks being dethroned from his castle.

But his publicist insists, "Mr. Jackson is in the final stages of refinance and will not lose Neverland Valley Ranch.”