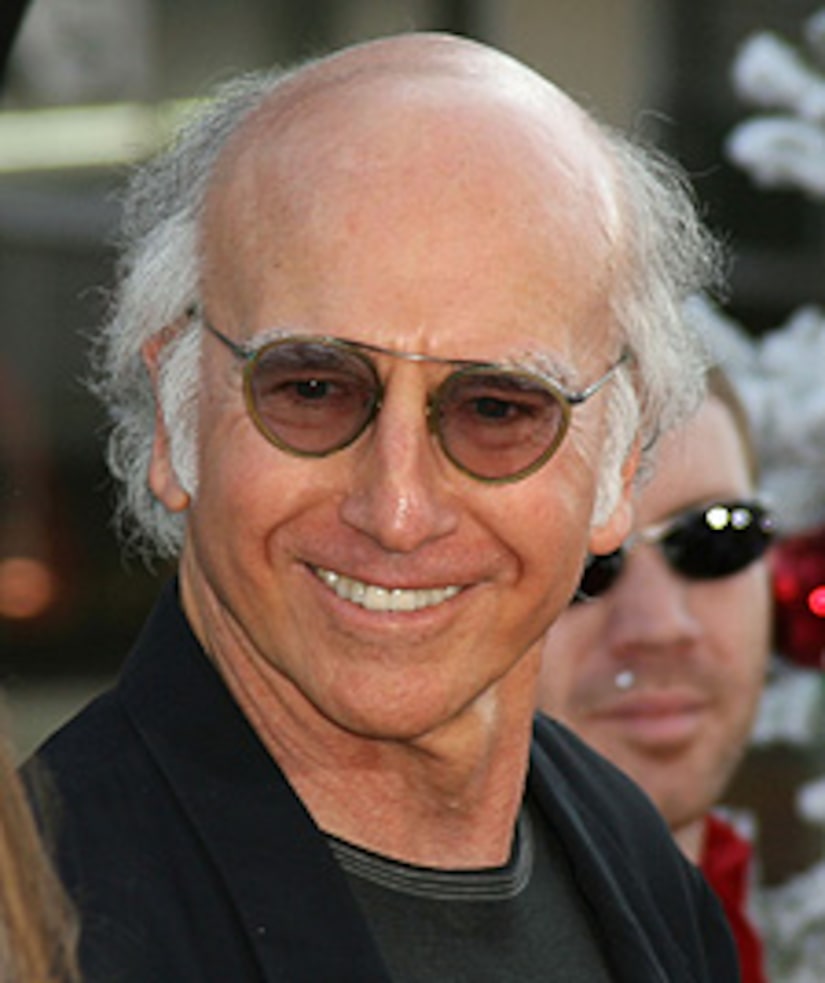 HBO funnyman Larry David's divorce from his wife Laurie has made headlines, but Larry told "Extra" their split has actually made storylines.

The "Curb Your Enthusiasm" star says the divorce has actually been incorporated into the show "in a weird way." Larry admitted, “Some of the scenes I had to shoot this year were interesting given what is going on in my life. [They] probably made me act a little better than I normally would have.”