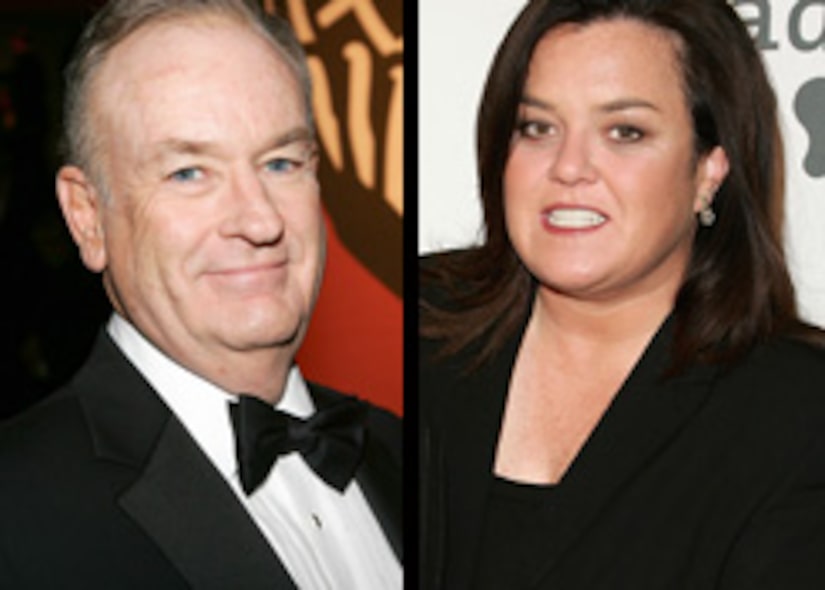 Bill O'Reilly sent a camera crew to ambush Rosie O'Donnell as she signed copies of her book “Celebrity Detox” in Long Island on Friday.

Rosie was peppered with questions from a producer with “The O'Reilly Factor,” who said, “This is for Bill O'Reilly” and asked Rosie if she regretted saying Sept. 11 was “an inside job.”

She replied, “I didn't say that. He's quoting the wrong people.”

When a security guard stepped in front of the camera, Rosie asserted, “Everybody just stop. That's what they want you to do.” She then asked the producer, “Now sir, could you please put the camera down?”

But the producer continued, asking Rosie why she has ignored calls to appear on O'Reilly's show and why she refused to sit down with Oprah Winfrey about “Celebrity Detox.”

"He knows how to find me. If Bill wants me he should phone me himself," she insisted. “He's a big boy."

The crew continued to throw questions at her as more than 500 fans watched. Eventually she got up from her seat and the producers were escorted out.

On her blog this weekend Rosie wrote, “BO [bleep]wipes showed up at my book signing, camera in hand. Cocky young white men…they were bullied out not soon enuf4 [sic] my liking.”