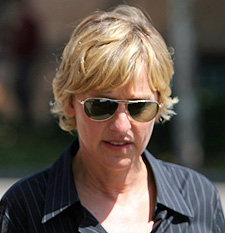 Ellen DeGeneres canceled yesterday’s taping of her show, but country crooner Keith Urban stepped in to give the scheduled audience an impromptu performance.

Keith was on his way to the studio for rehearsal when he heard Ellen’s announcement that she’d be taking a long weekend following her emotionally-draining dog controversy.

Instead of heading home when he heard the news, The Tennessean is reporting that Keith rocked out to Ellen’s studio audience of about 400 people.

After he finished his set, he reportedly said, “We all love her, and God bless her.”