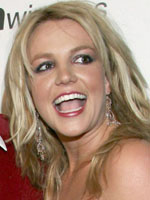 A spokesperson for the Beverly Hills Police Department has confirmed to “Extra” that last night at the Peninsula Hotel a security guard was assaulted by a paparazzo trying to get onto the grounds to photograph Britney Spears.

The extent of the guard’s injuries is unknown, but the guard was transported to the hospital. No arrest was made, but an investigation is underway.

As far as any incidents at the hotel last night, one of the photo agencies on the site X17 told “Extra” this morning that “Following Britney’s arrival at the Peninsula Hotel, some photographers standing in front were checked by the police, there were no arrests.”