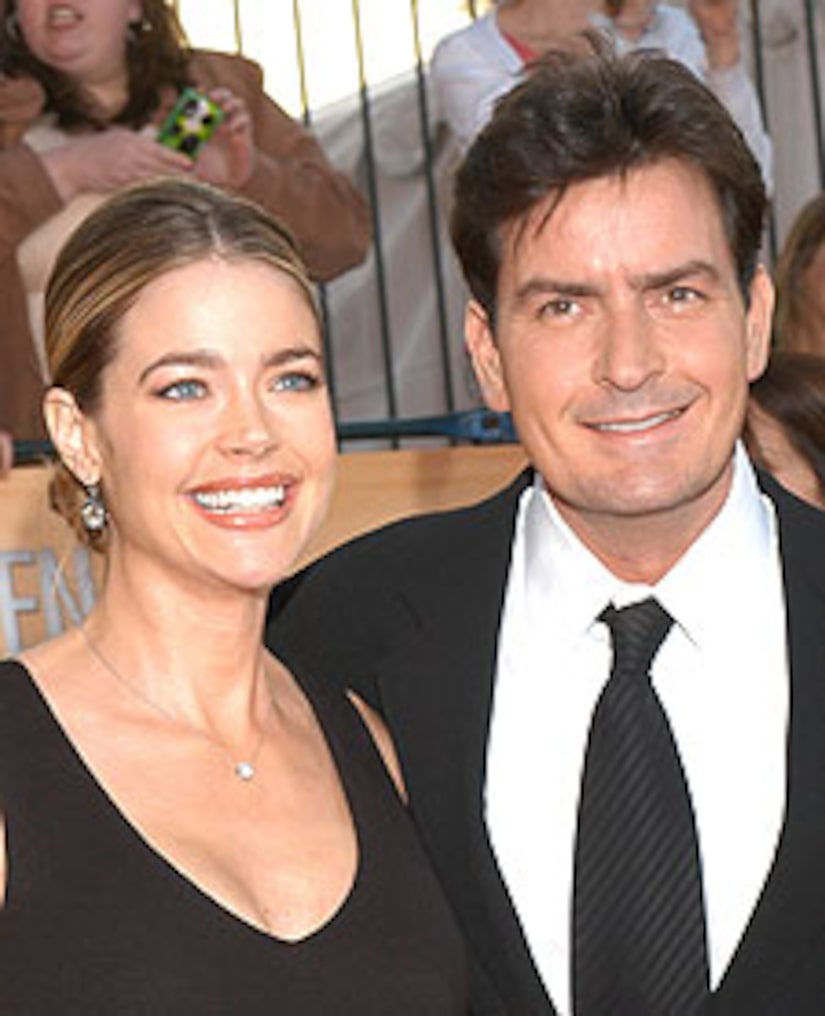 Charlie Sheen is in the middle of a bitter divorce and custody fight with ex Denise Richards, but did Denise secretly try to reconcile with him?

Charlie and his fiancée Brooke Mueller both wrote exclusively to “Extra” saying things turned nasty “after her divisive attempts at a reconciliation behind Brooke's back failed.”

Brooke adds, “It was disconcerting to be part of the sequel to the Heather and Richie story.”

Brooke is referring to Heather Locklear and Richie Sambora, Denise's ex-boyfriend. Denise hooked up with Richie after splitting from Charlie.

Denise officially has no comment in response to Charlie and Brooke.