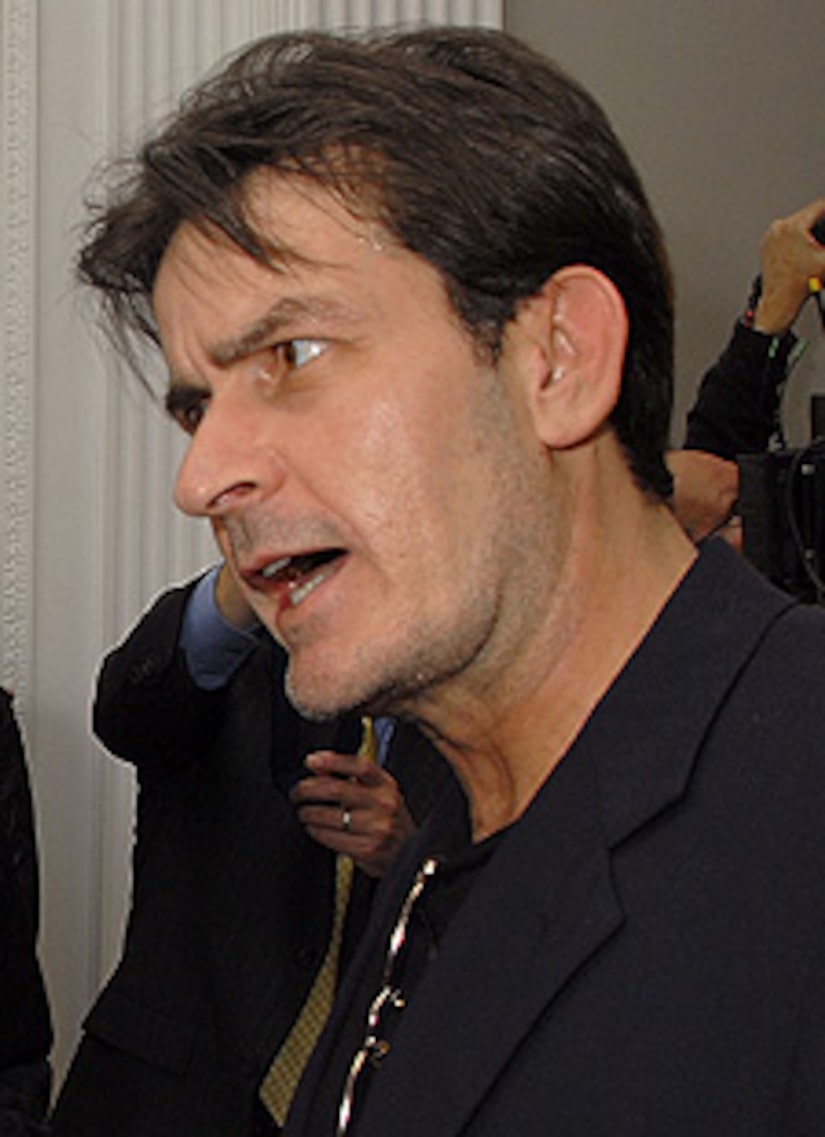 In a statement to “Extra,” Charlie Sheen spoke out about allegations his ex-wife Denise Richards made in recent court papers.

"I will not dignify the majority of these allegations set forth by Denise Richards with any measure of response. On its best day it remains laughable and inane. For the record, as well as for the scales of morality, the following must be clarified:

Two years ago, when this circus first arrived, I chose a high road position and remained quiet and dignified. Yet, based on the resurfacing of certain specific claims, made in a severe and grievous manner, illustrating Ms. Richards poor judgment on every possible front, I must counter with these FACTS.

The FBI was aware of these issues. I provided them with every computer I owned. The computers were returned two weeks later. Haven't heard from them since. Period. The end.

During the 18 months before my request to select my own child care provider, not a single complaint was made or received regarding the welfare of the children while under the care of myself and/or Brooke. I repeat - NOT A SINGLE COMPLAINT by either Ms. Richards herself, or her representatives and nanny.

All of this, keep in mind, is because I asked the court to grant me the legal and God-given freedom of choice to hire my own child care provider. I have asked that the Court eliminate Ms. Richards ability to abuse and harass us any longer. One can only imagine what we've withstood thus far.

Brooke and I remain committed to the task at hand. These unlawful and diabolical accusations will not distract us from the focus of our resolve. Shortly before unleashing her attack Mr. Richards asked for another baby via a sperm donation, after her divisive attempts at a reconciliation behind Brooke's back failed. She was flat out rejected.

I am making every possible effort to assure that the courts focus on my children and their welfare. My refusal to dignify garbage needs to be understood in the context of the history of this case and Denise's need and desire to make it about issues that do not involve anything other than her emotions.”