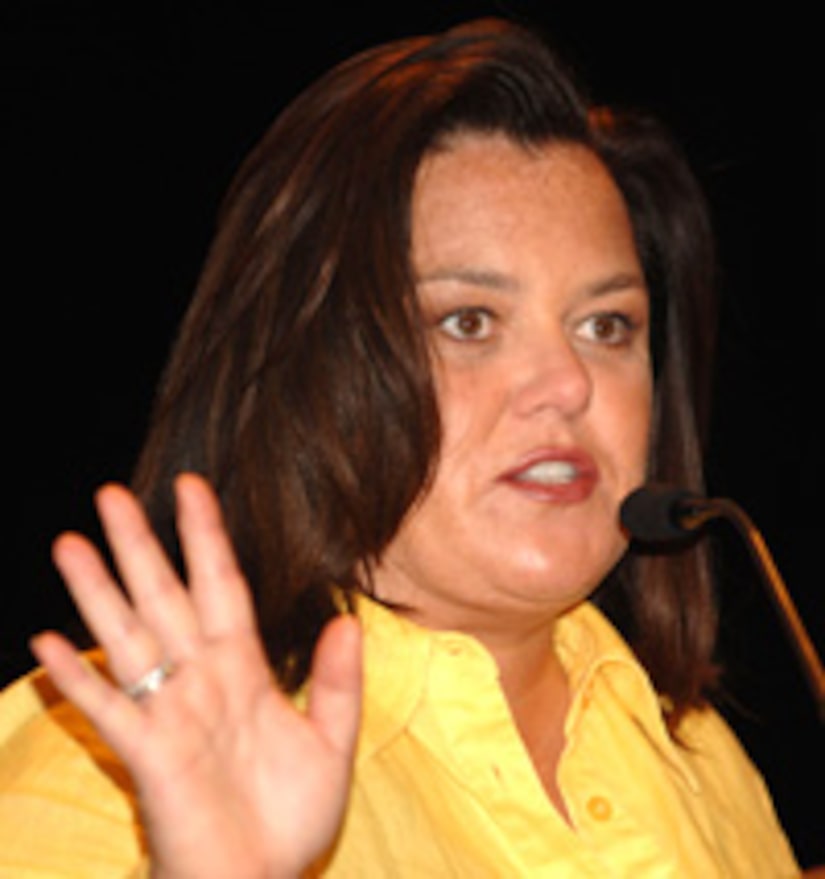 Rosie O'Donnell has turned down Oprah Winfrey's offer to chat about Rosie's upcoming book, "Celebrity Detox," igniting rumors that Rosie is feuding with the media mogul.

Fueling the fire are new reports that Rosie has opted instead for a tell-all with Diane Sawyer.

Rosie's rep said, "Rosie has always been booked with Diane. We gracefully declined Oprah's offer. I'm sure Rosie will do Oprah's show another time."

Today on her blog, Rosie denies any hostility toward Oprah, calling her "a force of nature" whose invitation to speak on her show "made her cry."

However, Rosie hints that she won't do any public interviews about the book. She writes that she does not feel ready to "discuss or defend the things i shared on those 209 pages," which reportedly include swipes at Barbara Walters, Elisabeth Hasselbeck and Donald Trump.

She writes, "for now i decided no interviews about celebrity detox. it is too raw."

She adds, "although fueds [sic] seems 2 b all the rage, there isnt one."