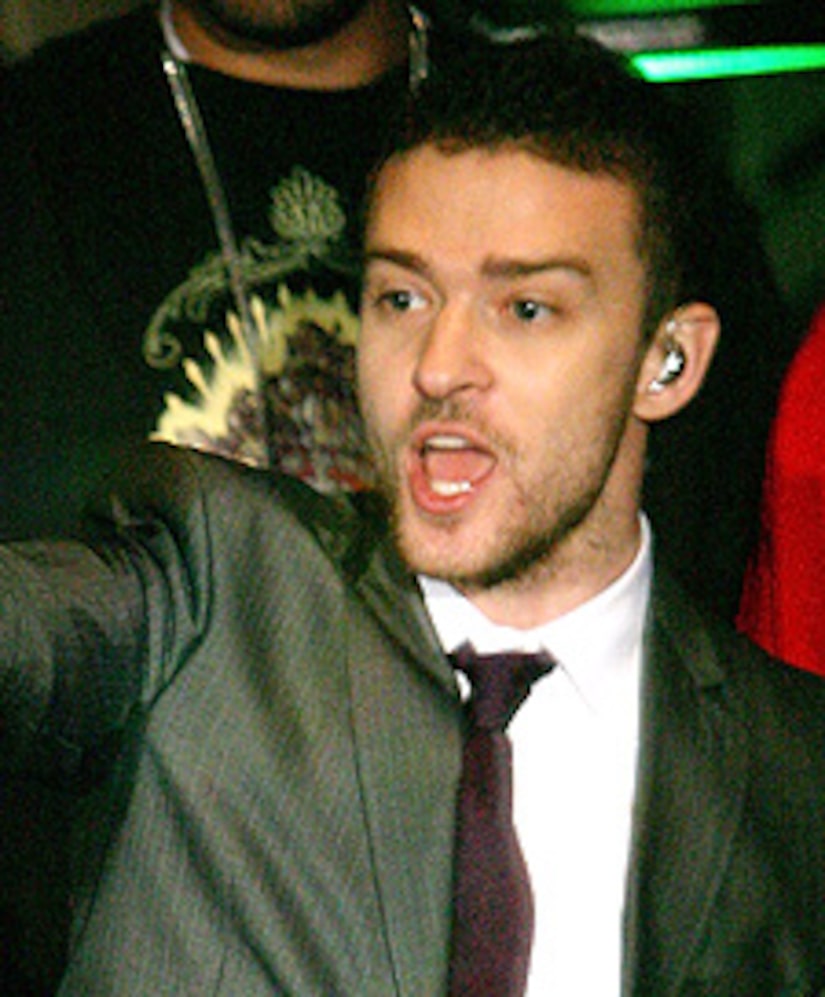 Justin Timberlake lost his cool with a paparazzo this weekend, leading to a fight that was all caught on tape!

As Justin and his girlfriend Jessica Biel walked into the Beverly Wilshire hotel on Saturday night, a photog snapped away.

The 26-year-old “Sexy Back” singer was walking behind Jessica as they made their way to the hotel entrance.

As the paparazzo took pictures of the couple, Justin snapped – and slapped the man's camera!

Justin then shouted, “Get out of my face!” as Jessica watched from just inches away.

Justin was able to cool off the following night, when he performed at the Staples Center in L.A. to a packed crowd, which reportedly included Jessica.

Though the two still haven't publicly confirmed their relationship, Justin reportedly serenaded Jessica toward the end of the show.