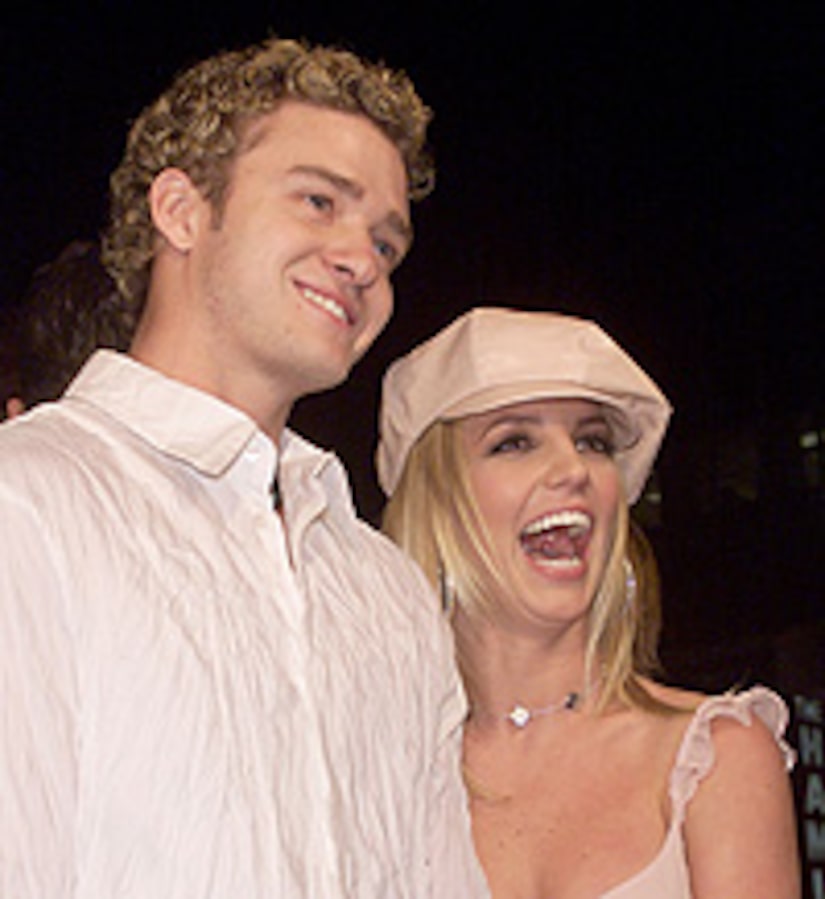 The New York Post is claiming that Britney Spears has pulled out of a scheduled duet with her old flame, Justin Timberlake!

The duet was supposed to be produced by hit-maker Timbaland, and would most likely have marked a comeback for the embattled star.

It was believed that Brit would open the MTV Video Music Awards with the hit, but last month she inexplicably backed out.

A music industry source tells the Post that Justin "wrote the duet specifically for Spears."

But today Justin's camp told "Extra" that the reports aren't true - and that Justin was never even scheduled or confirmed to be in the studio with Britney!

A source close to Brit told Us Weekly that there were no plans of any sort for Britney to perform with Justin.

Meanwhile, "Extra" is hearing that Justin and superstar Madonna may actually perform together at the VMAs!

Though Justin's people deny it, a source tells us they'll perform a single off Madonna's new CD, which Justin co-produced.

The source says they're set to rehearse the day before the big show. It would be the first time the two have ever performed together.

But MTV calls the Justin/Madonna buzz a "fantastic rumor," and today Madonna's reps told "Extra" that Madonna will not be performing with Justin.