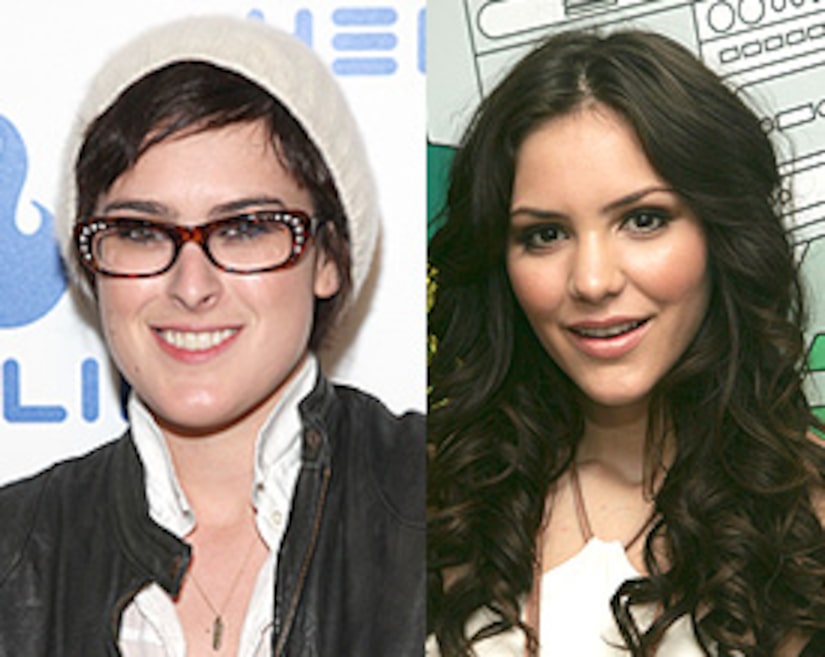 Rumer Willis is coming into her own as an actress, stepping out from the shadows of her mom Demi Moore, dad Bruce Willis and stepdad Ashton Kutcher.

“Extra” was with Rumer on the set of her big screen debut “House Bunny,” which also marks the debut of “American Idol” alum Katharine McPhee.

As Rumer's father Bruce Willis watched from the wings, Rumer said she's learned a thing or two from Pop.

“You know, I've been to a bunch of movie sets with him and seen him do his thing, so it's really kind of special to be able to bring him here and say, 'Hey look, this is my thing,'” she said.

Growing up in the spotlight of one of the world's most famous families has taught her how to deal with the prying eyes of the paparazzi.

She said, “I think it's just gotten to a level that's really not okay at all, and you know with my mom and step dad I've been in situations where I've been pushed out of the way or we've been in car chases that were really not safe.”

Rumer, 19, plays a sorority girl in the movie, but it was the picture of her nearly naked and wearing a back brace that got the most attention after it was leaked.

“This is what it is,” Rumer explained. “It's funny; I mean the reactions you kind of get! People go, 'Is that you?'”