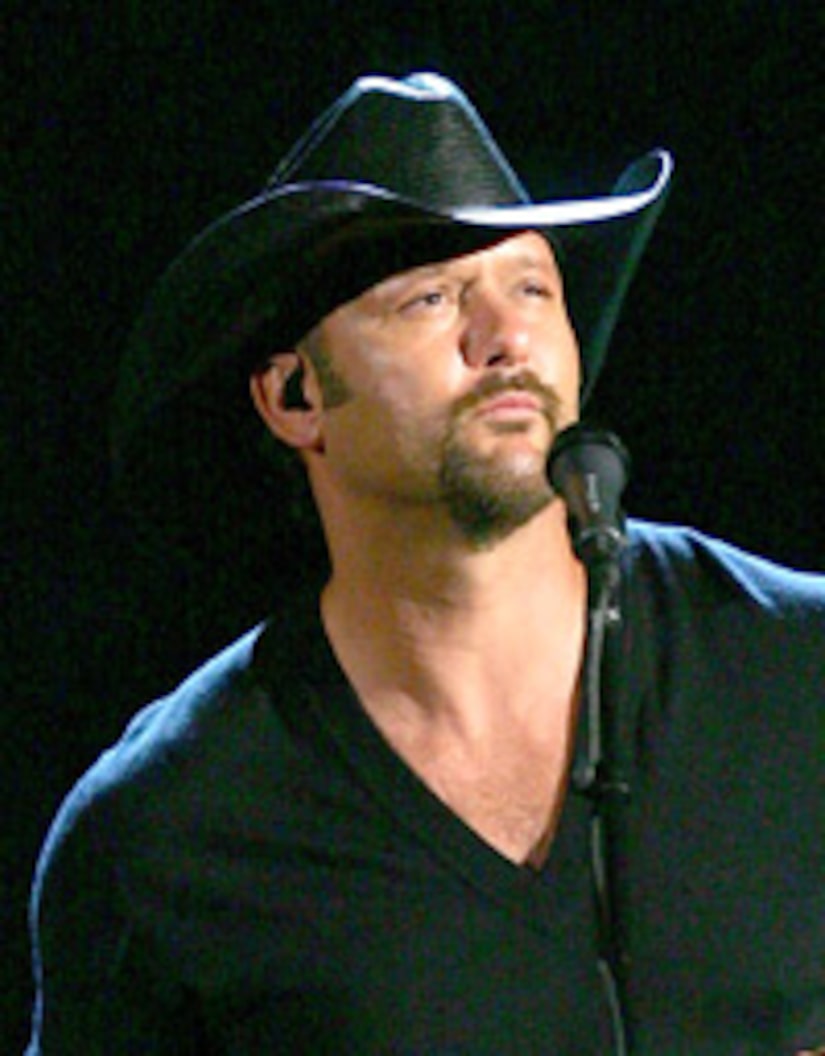 At a concert in Louisiana – on the same night a fan grabbed his pants – another eager fan grabbed Tim and managed to pull off one of his rings!

That quickly prompted the country star to question the woman he believed to have stolen his pinky ring.

“Now give me my ring back,” he demanded before he called security.

But Tim apparently pointed the finger at the wrong fan!

The woman Tim scolded claims the ring was gone before he even got to her.

His ring was reportedly found later and returned.

Louisiana fans must love their country king – another one of Tim's handy fans grabbed him below the belt, which earned an angry scolding from wife Faith Hill.

She yelled, “Somebody needs to teach you some class, my friend,” before finishing out the concert.