Kelly Clarkson is finally speaking out about her public feud with music mogul, Clive Davis.

"Much of this has been blown way out of proportion and taken out of context," Kelly said in a statement on her website. "Contrary to recent characterizations in the press, I'm well aware that Clive is one of the great record men of all time."

Over the past couple of months, Kelly has fired her manager and had to cancel her summer tour after Clive and the 25-year-old singer clashed over the direction of her new album, "My December." 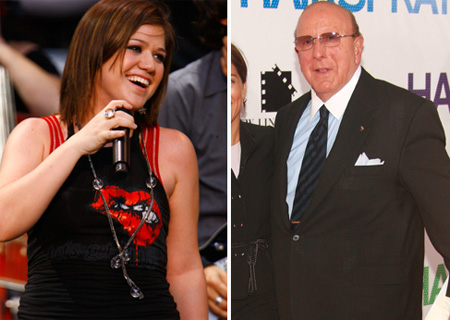 Clive reportedly was concerned that the first song released from the album would not be a radio hit, while Kelly complained that her label was trying to force her to sing pop music.

Despite these rumors, Kelly insists she values Clive, also posting on her website, "He has been a key advisor and has been an important force in my success to date. He has also given me respect by releasing my new album when he was not obligated to do so. "