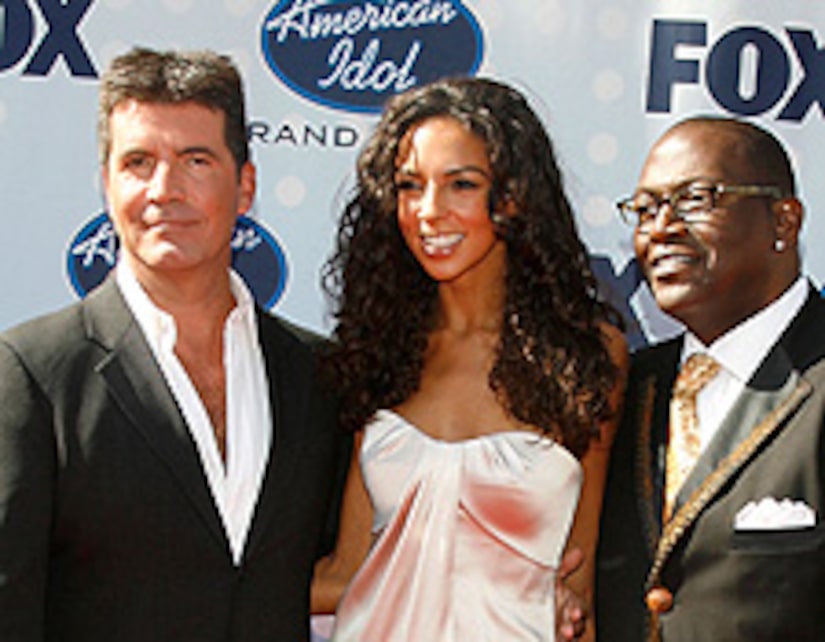 Simon Cowell is used to the spotlight, but he got more attention than usual when his life got put under a microscope on “This is Your Life!”

“Extra” was there when Simon was ambushed on the set of “American Idol” and told he was about to be featured on the classic British television show.

A surprised Mr. Nasty was flown to London where he met fellow “Idol” friends Ryan Seacrest, Randy Jackson and Paula Abdul, along with other famous friends and family.

The revived hit U.K. show chose to feature Simon in its first episode since 2003, but it was an honor Simon wasn't sure he wanted!

“This is going to get uncomfortable,” Simon admitted.

Longtime girlfriend and “Extra's” own Terri Seymour opened up about their relationship, which she thinks works because they “have so much fun.”

But she admits she could never tame him!

Of course, Simon didn't get off easy just because it was his big night. Paula poked fun at him, joking, “He's an egomaniac who calls out his own name when he's having sex.”

Joking aside, Ryan Seacrest said that even though they famously rip each other on “Idol,” it's all in good fun.

“It's a dysfunctional family, and we're proud of you, and we're very happy to be here,” Ryan said. “But I am tired of talking about you.”