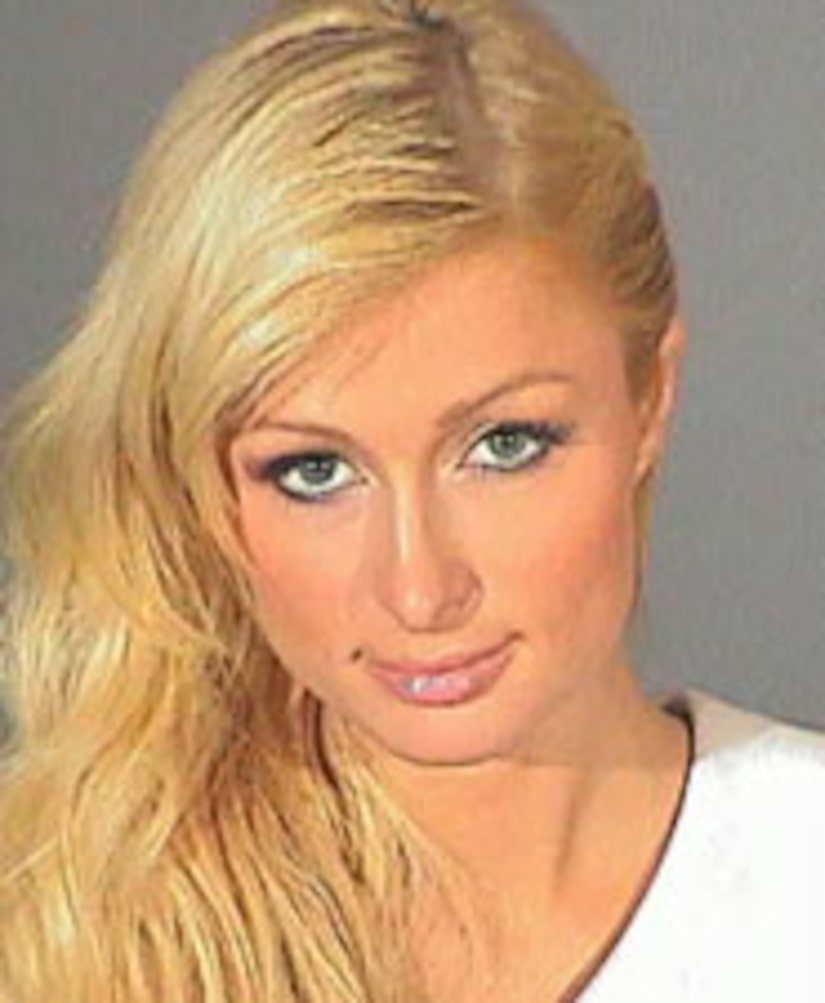 What's the first thing Paris will do when she is released tomorrow? Trade in her hideous orange jumpsuit for her usual couture!

A family spokeswoman updated "Extra" on Paris' final countdown to freedom, and Paris is just itching to ditch the duds.

"Paris is doing really well, she is really looking forward to going home...she wants to be with the family, and she can't wait to take that orange suit off," the spokeswoman said.

Friend Ashley Scott from "Jericho" visited Paris this weekend and said the next thing Paris will do is chow down.

"She's looking forward to eating," Ashley said, lending weight to the rumor that Paris has dropped to a scary-skinny 100 pounds.

But Paris' mom Kathy told People her daughter is just fine, insisting "Health is good. She looks like Paris."

Kathy also told "Extra" that it was so cold in her cell she thought her daughter was having a medical emergency.

"She's got her hands tucked up," Kathy said. "I thought she broke her arm."

Still, Kathy said, Paris is "doing as well as she can" even though she is very emotional.

"She just wants to hug,” Kathy said. “She had her hands on the glass, and she started crying, but I'm used to that. She cries every time."

Neighbors of Paris are also afraid of another media frenzy like the one that erupted after Paris was taken back to jail.

Paris' street has already been roped off to keep away paparazzi, fans and even some non-supporters.

The first time Paris will speak about being in the slammer will be on Larry King Wednesday night, where no question is off limits.

And in case you were wondering, Paris will not be paid for her appearance.