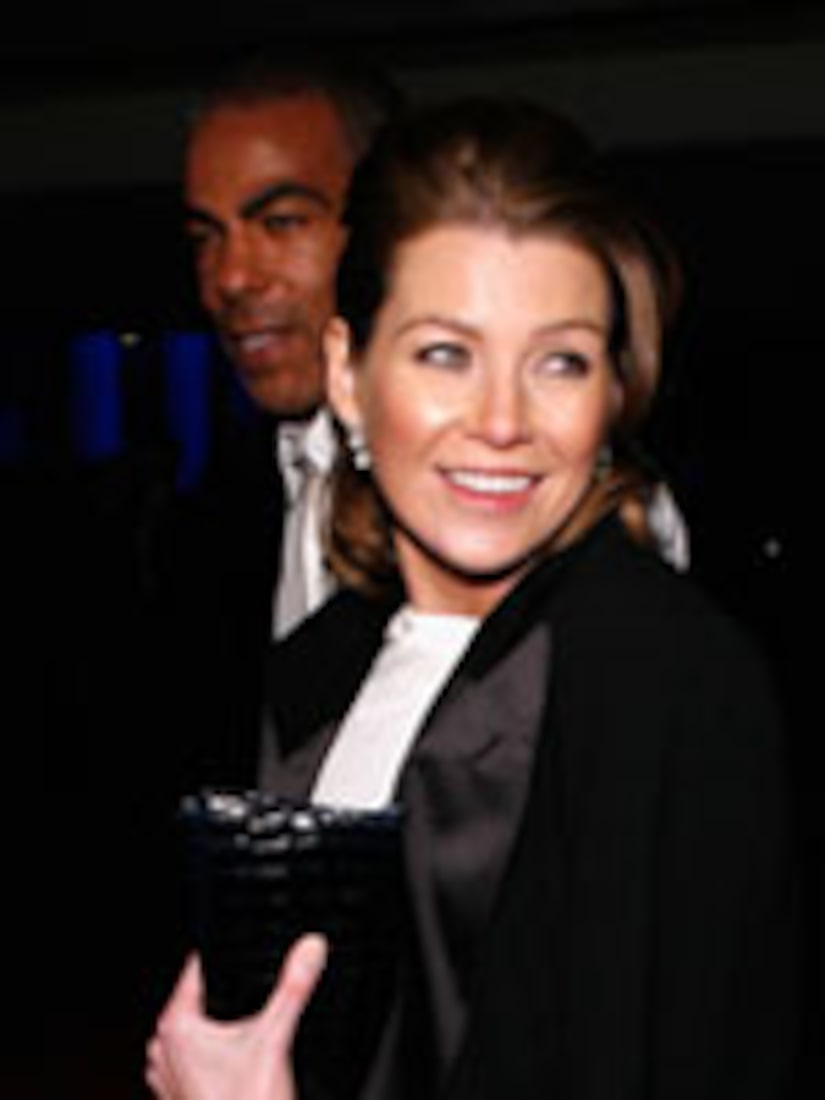 Love is in the air for the cast of “Grey's Anatomy!"

Ellen Pompeo and fiancé Chris Ivery are revealing they won't be hitting the local beaches this summer – their vacation plans are a little more global!

The adorable couple will head to Europe and Japan this summer.

But the twosome are still keeping mum on when exactly they'll get married.

“We're not telling you,” said Ellen!

Added Chris, “We're trying to work it out.”

Even a little prodding from McDreamy Patrick Dempsey can't get them to unseal their lips.

“They'll probably elope and nobody will know about it,” Patrick revealed.

The only thing Ellen has revealed about the wedding is that it will be far from extravagant.

“There will be no 'big' anything,” she told us, adding that the ceremony won't take place in L.A.

Also keeping his fans in the dark – T.R. Knight!

He's admitting that he can't answer the question on every fan's mind – will he be coming back to “Grey's Anatomy?”

Rebecca Gayheart, a.k.a. Mrs. McSteamy, and hubby Eric Dane are getting away from Seattle Grace for a while, spending a month in Europe.

And the couple, who have been married since 2004, are ready for some summer love.

“You know he does a little romancing throughout the year but I think he's saving some for this trip!” said Rebecca.

Eric added, “I have some plans.”