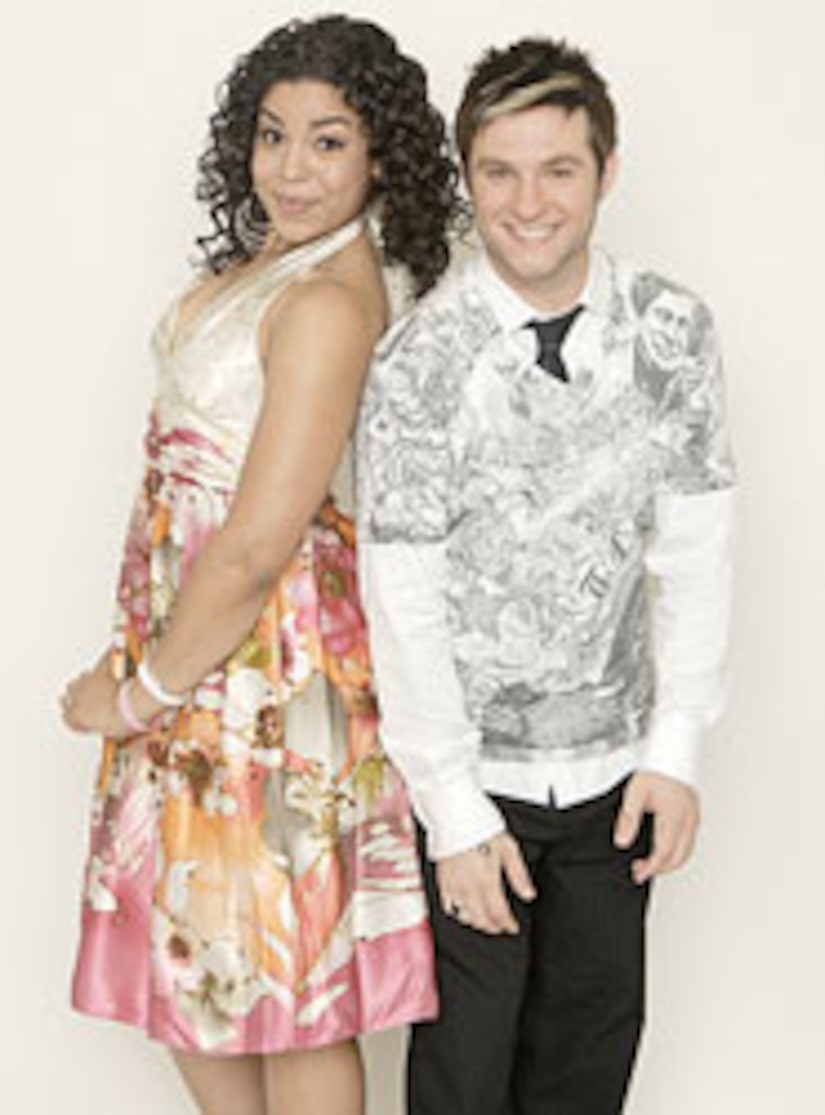 It's down to the wire for Jordin Sparks and Blake Lewis, and "Extra" got their reaction moments after last night's do-or-die performances at the Kodak Theatre!

"Holy Moses!" an astounded Jordin told us. "I was just like, 'Is this really happening?'"

Blake was trying to stay a little calmer, telling us, "I'm just having a blast every time I'm on stage."

Seconds after Simon Cowell declared her the frontrunner in the competition, Jordin was still overwhelmed - because the entire audience was still chanting her name!

"I've never experienced this before. I was so overwhelmed I cried," she admitted.

Blake told us he knew that performing a ballad would be tough.

"I was just like, 'Wow, I would never sing this song for me. It just doesn't fit me stylistically-wise," he revealed.

Then he let "Extra" in on all his pre-show rituals!

"I stretch, I drink a lot of water every day - so I have to go to the bathroom," Blake divulged.

She also told us she's got another little style surprise up her sleeve for tonight, but she's keeping mum!

"Extra" can also reveal some major finale news - David Hasselhoff will be there for tonight's big finale!

There are also rumors that original "Idol" Kelly Clarkson may rock the Kodak - and that Smokey Robinson, Gladys Knight, Green Day and Bette Midler will all take the stage.

Mega-fan Teri Hatcher and her daughter Emerson will be there, too!

Teri admitted, "We're sucked into it like the rest of America."

Season six culminates in the big reveal tonight on Fox.